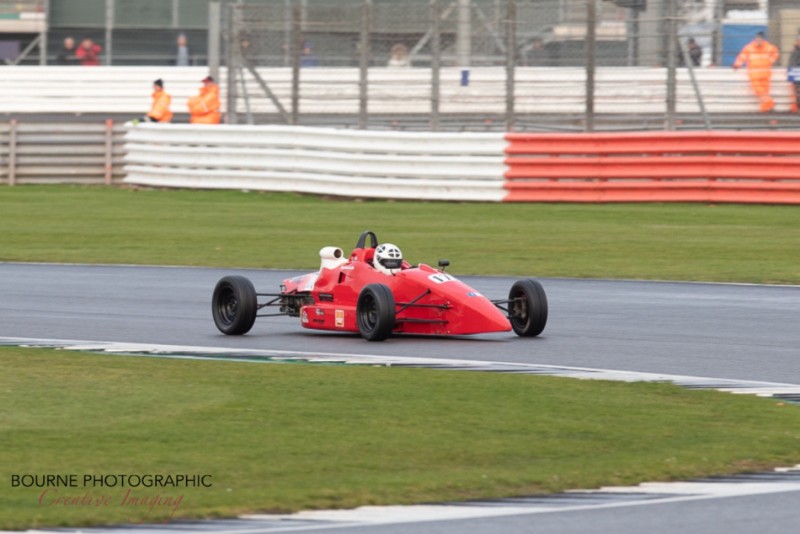 The Don Hardman Racing driver, making his first appearance of the season this weekend, rose from 20th on the grid to 15th within a lap and was in 10th by lap six of 15.

Despite rising engine temperatures and a slight loss of top-end power, a symptom of a radiator cap failure in race one, Foster’s Firman was effective in the slipstream and the resurfacing of Silverstone lent itself to extra grip on the outside lines.

He didn’t feature in the lead battle until late on though, as Kevin Mills Racing’s Michael Eastwell and Michael Moyers fought with Team Dolan’s Ross Martin and the trio of Cliff Dempsey Racing drivers.

Martin took the lead on the second lap by passing both KMR drivers around the outside of Brooklands, and kept that lead until Foster eventually made his way to the front.

The battle between the KMR and CDR drivers didn’t allow Martin to escape, but did bring Foster from 10th to fourth within two laps. Browne had fallen down the order, with Foster passing his CDR team-mates Spike Kohlbecker and James Clarke for second place.

Once in second, Foster was immediately on Martin’s tail and one loose moment for the leader at the entry of Brooklands allowed Foster to slip around the outside of the corner.

Foster had his mirrors full of Martin for the remaining two laps but held on to take an unlikely win by 0.091s.

The positions behind them were still changing each lap, and another squabble between the CDR drivers allowed Eastwell to finish third. Browne took fourth, ahead of Moyers and B-M Racing’s Rory Smith.

James Clarke was eighth, just ahead of KMR’s Michael Macpherson – who fell down the order when pushed off at Luffield early on.