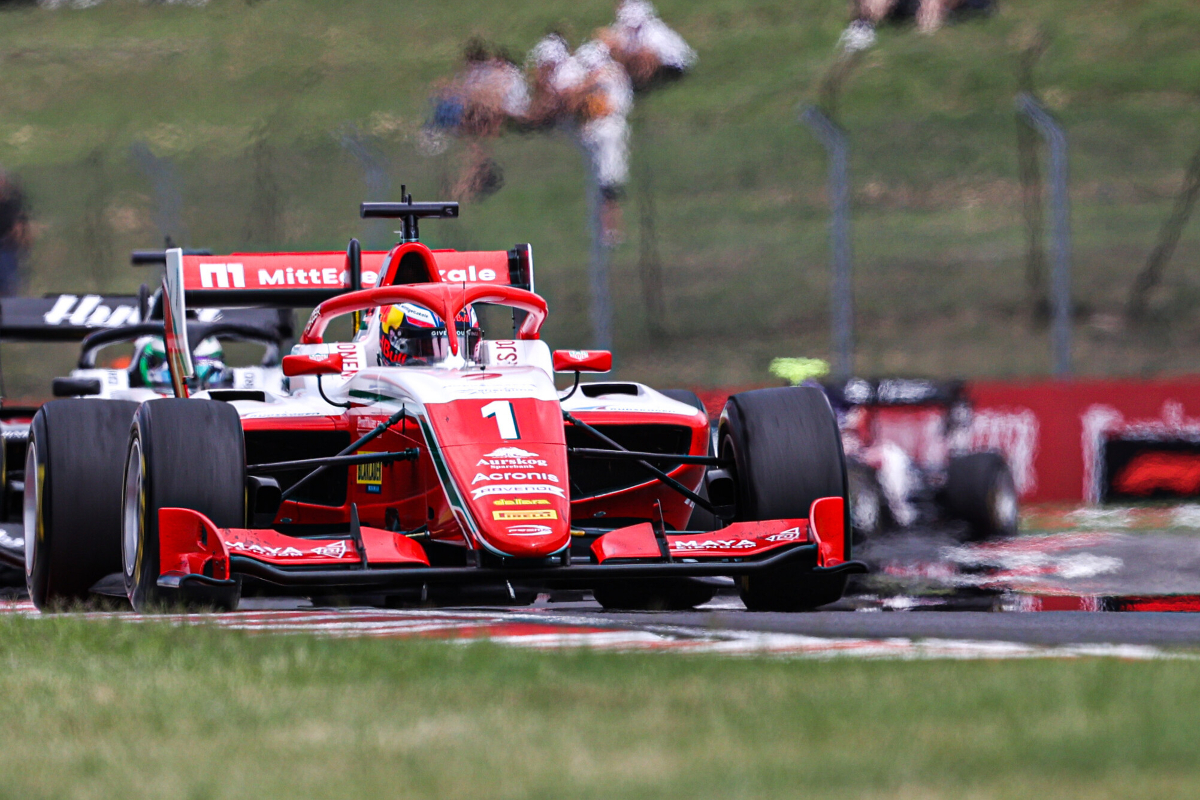 Dennis Hauger won the third FIA Formula 3 Championship race at the Hungaroring thanks to a bold move on his Prema team-mate Arthur Leclerc.

The rain started to fall heavily just before the start on an already-wet track, leading to several laps behind the safety car and a rolling start.

All three Trident drivers battled hard with each other once the track went green, but it didn’t last long as the safety car came out again as MP Motorsport’s Victor Martins made contact with HWA Racelab’s Oliver Rasmussen at turn 11.

Martins had to pit for a new front wing, and intense battles took place again once racing resumed.

Hauger put pressure on poleman Leclerc straight away, and, after some attempts, pulled off a brilliant move around the outside of turn two to take a lead he wouldn’t give up.

After that, Leclerc was close to dropping behind Trident’s Jack Doohan, but he quickly recomposed himsef to claim his first Sunday podium.

Doohan finished third, with those behind finishing in the same place they started.

Prema’s Ollie Caldwell made up a place from his grid spot and finished eighth after a close battle with Ayumu Iwasa who had strong pace in the wet but dropped back in the last few laps as the track dried.

Two more incidents happened with three laps to go. Campos Racing’s Amaury Cordeel lost control while trying to overtake Roman Stanek at turn 13 and made contact, leading to both spinning round, and a few moments later,HWA’s Rafael Villagomez tapped Carlin’s Ido Cohen around at turn two.

Laszlo Toth then drove over the top of the backwards Cohen, and the race ended behind the safety car as a result.