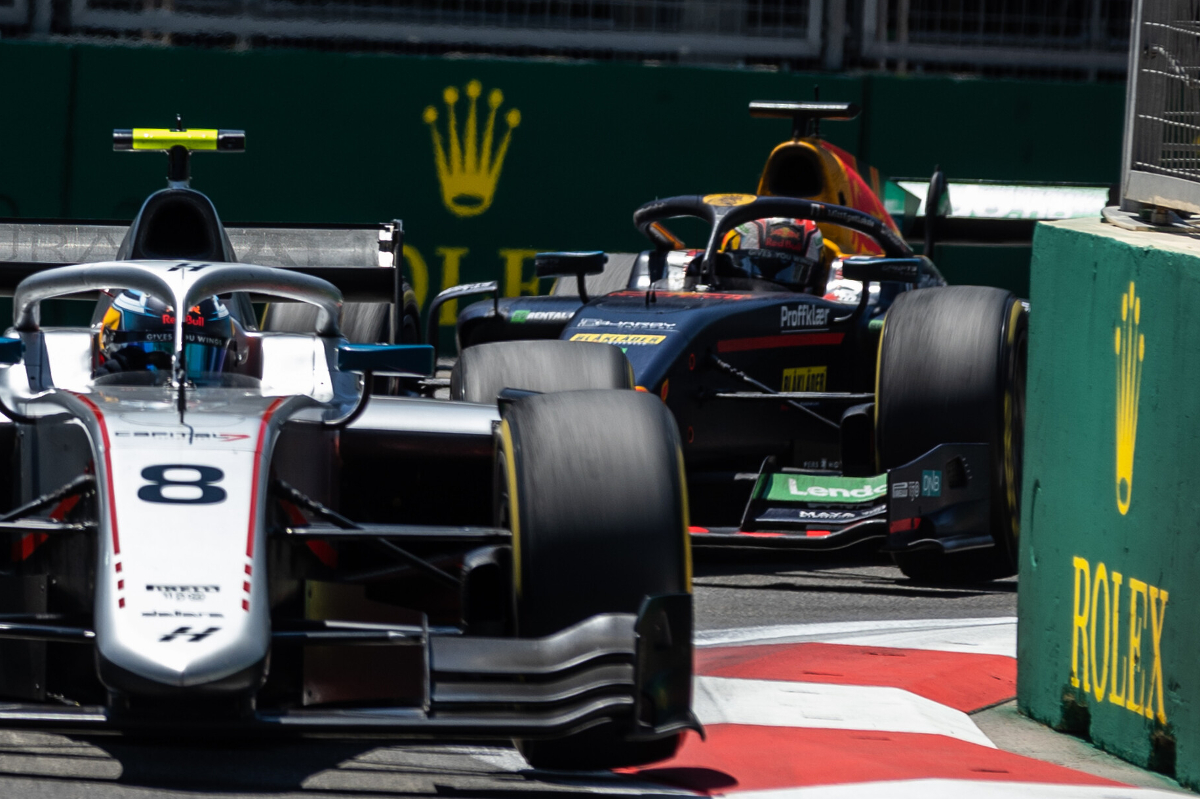 Dennis Hauger says he feels “sorry” for fellow Red Bull junior Juri Vips after he threw away victory in Baku, but admits playing a part in how he inherited victory.

Hitech GP driver Vips led Prema’s Hauger through the second stint of the Formula 2 feature race on the streets of the Azerbaijani capital until he crashed out in the tight castle section on lap 23 of 26.

Hauger’s fastest lap had come two laps prior and he had spent seven laps within one second of Vips and therefore able to use DRS. While Vips tried to grow his lead to escape the threat, Hauger pushed hard to ensure he had continued DRS access.

“I really wanted that win and was pushing for it, and really tried to just stay within the DRS,” he explained during the post-race press conference, also pointing out he set his fastest first sector of the race on the lap Vips crashed.

“Juri was pushing quite a bit, it seemed like, so I was really trying to stay within the DRS and gain some ground to the cars behind as well. There was no point fighting at that point either. So going in before he crashed, I was really trying to get the gap closer to be close for the DRS on the main straight, and then in the end I was trying to put the pressure [on] as much as I could and it seemed to work quite well.”

It marked Hauger’s second victory in F2, following up on the sprint race win he earned in the previous round in Monaco, and he said it felt different to his breakthrough there – which he hoped would be “a turning point” for his season.

“Definitely [different],” said Hauger. “The first feature race win in F2 is a really good feeling, especially after such a chaotic race.

“I just tried to stay calm. We had a good pitstop and got Liam [Lawson]. I think the overcut worked quite nicely for others. In the end, we stayed calm, and we put a bit of pressure on Juri. Obviously, a shame for him. He had a good weekend, and he had a really good pace this weekend. So I feel sorry for him, but I’m really happy with the way it worked out today.”