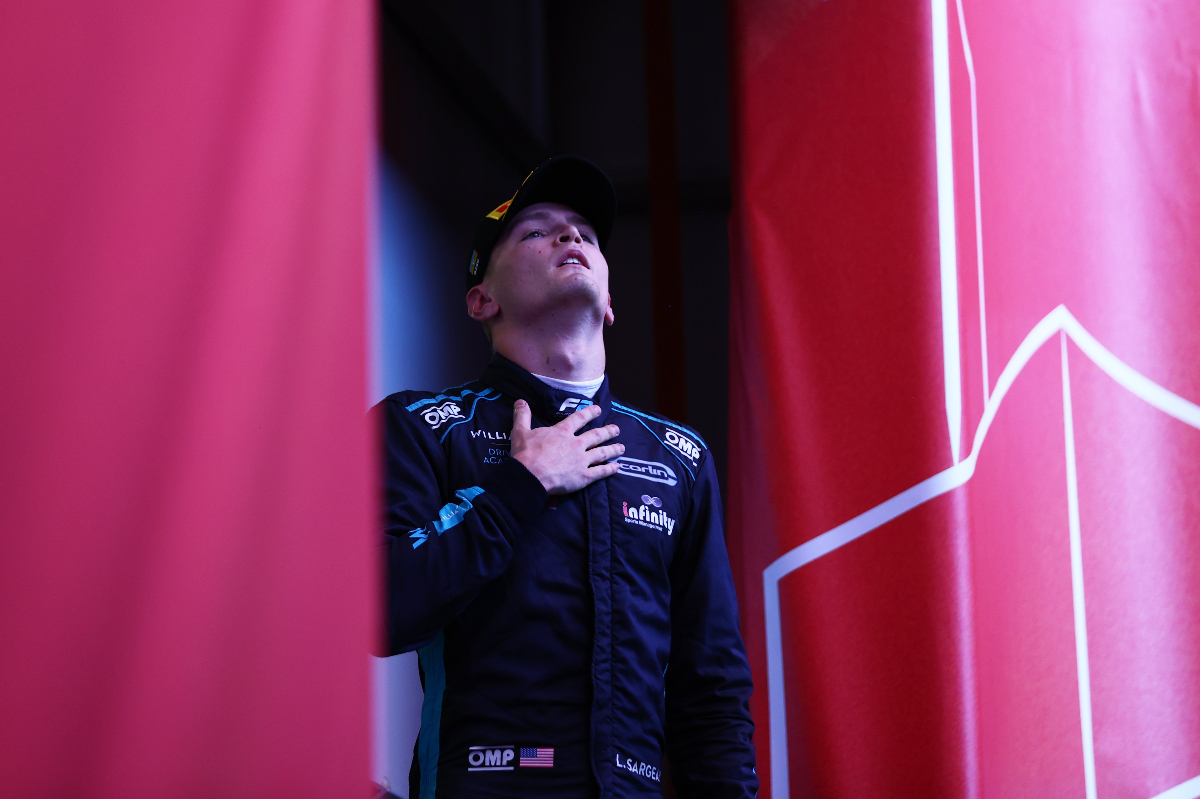 Williams junior Logan Sargeant says it took “longer than expected” to pick up his first Formula 2 feature race podium, after achieving the feat in Baku.

Sargeant got his first taste of F2 in last year’s Jeddah round with HWA Racelab, then signed with Carlin to contest the 2022 season. He scored points from the off with Carlin, and reached the podium for the first time in round four at Barcelona.

However that was in the reversed-grid sprint race, and not the longer feature race which features a compulsory pitstop. In Baku he qualified seventh but got up to third before his pitstop, then in the second stint rose to and finished in second place.

“It did take longer than expected,” Sargeant said when Formula Scout asked him post-race about how long it had taken him, in total 15 races including his 2021 cameo, to achieve the landmark.

“Not because I thought it would come easily, but just because we’ve thrown a couple away earlier on in the season. It sort of feels like it’s been a long time coming, but this has been a difficult weekend. I had to work hard to find my feet on Friday.

“I’ve still been progressing throughout the weekend, so as a rookie to come here and be on the feature race podium, it feels good.”

Sargeant is now up to fourth in the championship standings after six of the scheduled 14 rounds in the F2 calendar, and is the top rookie by four points ahead of Prema’s Dennis Hauger – the driver who beat him to victory in Baku.

“This potential has been here, but to deliver it has been extremely difficult,” added Sargeant. “I feel like the lack of experience has hurt in some places. But I feel like I’m really starting to tick those boxes and get over those hurdles.

“I learned a massive lesson yesterday with safety cars and virtual safety cars and also on the restarts. Then today, they were really good. So it’s stuff like that. You have to learn from it, have a short memory, and move on.”

Aside from ‘keeping it clean’, one key to Sargeant’s second place was the gains he made on the race’s opening lap.

“I feel like my first lap was extremely good,” he said. “I got up to fifth and then from there, I just tried to execute the best race I could and have good pace. We had a good pitstop as well, so it all just seemed to come together.”