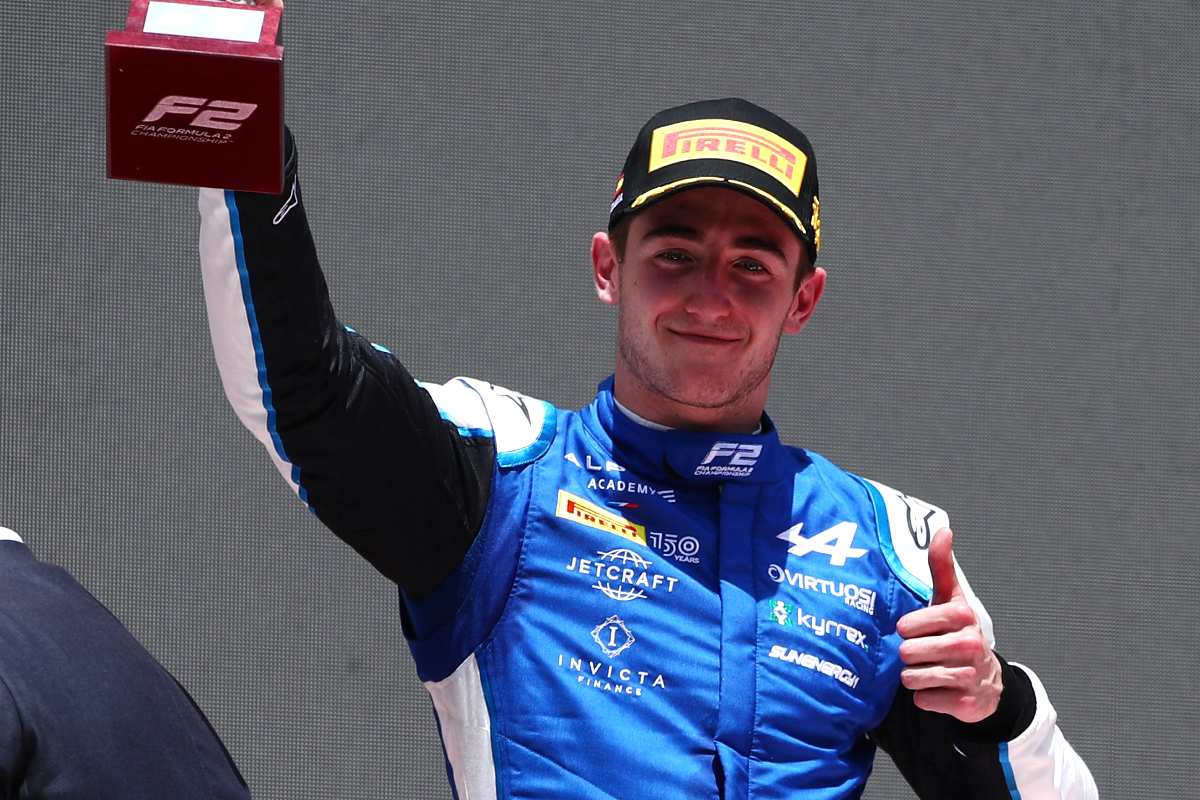 Jack Doohan has praised the opportunities available to him at the Alpine Academy after switching his Formula 1 allegiances for 2022.

The 19-year-old is a Virtuosi Racing driver in Formula 2 this year, but he’s also a recently signed junior of the Alpine F1 team. He joined the British-based French team this February after almost four-and-a-half years being supported by Red Bull.

Since his arrival at Alpine he has already conducted his first F1 test at Losail in the manufacturer’s 2021 car, and he’s utilised his new environment to good effect in F2 with two pole positions, three fastest laps and a podium.

When Formula Scout asked Doohan what Alpine offered that his years as a Red Bull junior didn’t, he replied: “I think just more involvement and more opportunities to grow as a driver and also as a person.

“Whether that is in the factory with the race engineers, with the testing engineers, the mechanics, mixing in that environment and also doing the F1 simulator, doing the F1 race support. Taking those sort of things in a lot more than I was at Red Bull.

“Spending my [time with them] as well because I can learn in that environment and then take what I can back to F2, without obviously taking it too far. But I think it helps me going forward.

“If I was to pursue and go forward into my goal of F1, it gives me the possibility to know what to expect before actually getting there rather than hopping straight into it. I really liked my time at Red Bull, but the opportunities Alpine was offering to me were better for me, and I felt I needed to make the step.”

Doohan is currently ninth in the F2 standings after six rounds and is 14 points behind top rookie Logan Sargeant, who is a Williams junior and races for Carlin.

In the Alpine Academy is fellow F2 rookie Olli Caldwell, who is 22nd in the championship table, and two FIA Formula 3 racers. Reigning F2 champion Oscar Piastri has graduated from the academy into a F1 reserve driver role, but with no sign of a race seat being made available in 2023 he is understood to be ready to start talks with Williams to make his F1 debut.