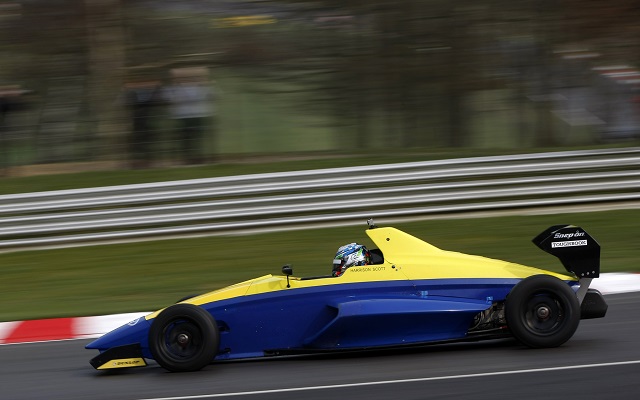 The Falcon Motorsport racer, who topped yesterday’s practice with a best time identical to that of main rival Jayde Kruger, would prove untouchable come qualifying, taking over in the lead early on and setting his pole benchmark before the session hit the halfway mark.

Unsurprisingly enough, it was JTR’s Kruger who came closest to bothering Scott, but the South African would not manage to go quicker than 45 seconds and wound up settling for second.

The race three pole on second-best times also went to Scott, with Kruger picking up another front row start. Marshall and Rosso will start in third and fourth respectively.