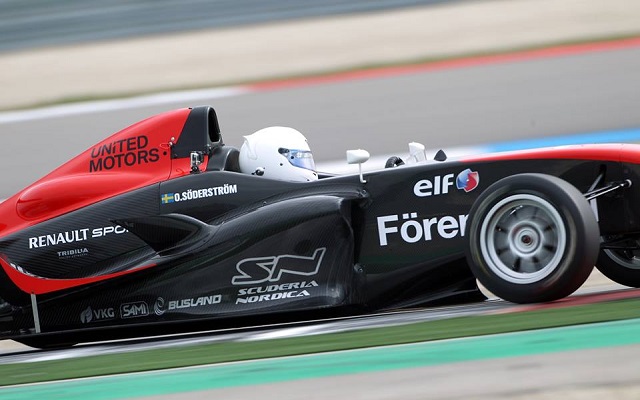 The two drivers will contest dual campaigns in FR1.6 NEC and FR1.6 Nordic.

15-year-old Swede Soderstrom graduated from the national karting scene in 2013 and joined Scuderia Nordica for a rookie season in Formula Renault 1.6. He raced primarily in the STCC-supporting Nordic series and picked up a best finish of fifth on his way to ninth in the standings. In the NEC series, he guested in three rounds and managed a personal best of eighth.

Estonian Aron, also 15, is a newcomer to car racing. Throughout his karting career, he primarily raced in various continental-level Rotax competitions and wound up taking fourth in the Rotax Max Grand Finals’ Junior class in 2013.

The dual campaign precedent for Scuderia Nordica drivers was set in 2013 by Fortec’s new recruit Martin Rump, who took the runner-up spot in both the NEC series and 1.6 STCC and picked up ten victories across the two championships.