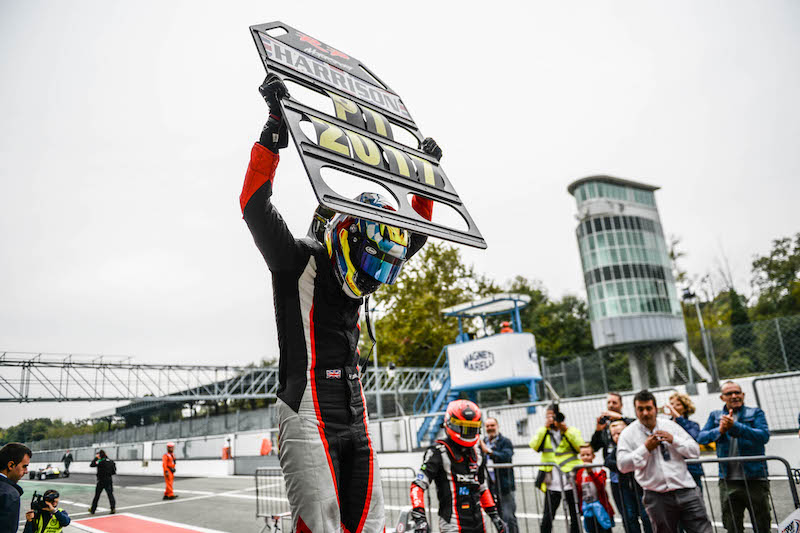 If you were asked to name the most dominant driver in Formula 3 this year you would probably name a British driver. Lando Norris and Enaam Ahmed have certainly controlled their respective series, but there is one man who statistically topples the achievements of both, and is showing no sign of stopping.

Harrison Scott became the 2017 Euroformula Open champion almost three weeks ago at Monza, and now holds the record for most wins, poles and fastest laps in a rookie season. He?s third in the all-time winners and pole sitters list, and had it not been for one qualifying session back in July he would likely have left Monza with nine consecutive wins.

Scott was second fastest in the wet first qualifying session at the Hungaroring round, but his performance went unrewarded as he had abused track limits on his fastest lap and was demoted to 14th.

The Hungaroring, sometimes referred to as ?Monaco with runoff?, is notoriously difficult to overtake on and despite a strong start moving him into the top 10, Scott could only finish ninth.

He made up for that the next day with his sixth win of the season from pole, and has gone unbeaten ever since.

His current tally of seven consecutive victories has only been bettered by three people in top-level Formula 3 in the 21st century, and with two races left to go there is every possibility that Scott could win a remarkable nine races in a row.

Scott started his single-seater career in 2013, where he finished second in the British Formula Ford championship for Falcon Motorsport behind the dominant Dan Cammish.

He remained in the series for 2014, only losing the title to Jayde Kruger after an appeal submitted by his Falcon team was rejected.

For 2015 he moved up to Formula Renault, and he turned the unfancied AVF team into a winning team. He finished fourth in 2016, and to this day remains the team?s sole race winner. He also made his Euroformula Open debut with Teo Martin Motorsports in a one-off at Jerez, taking a podium and a fourth.

Unlike Norris and Ahmed, whose successful 2017 campaigns have both come at Carlin, Scott?s championship winning campaign has been with RP Motorsport. The Italian squad has been a consistent winner in Euroformula Open since its inception, and last season stepped up to World Series Formula V8 3.5 (nee Formula Renault 3.5).

Scott joined the team for the Winter Series event at Paul Ricard, and straight away the partnership produced a victory.

He then joined the team as a one-off for the season opener at Estoril, but after winning both races he quickly penned a deal for the rest of the year.

?When I joined the team at the start of the year I knew what their capabilities were, and they?ve always had strong results in the past.?

?From the first day, [I could see] how professional they were as a team and how hard they worked. It was really great to see and it?s showing now with the results that we?re getting every weekend how good a unit it really is.? 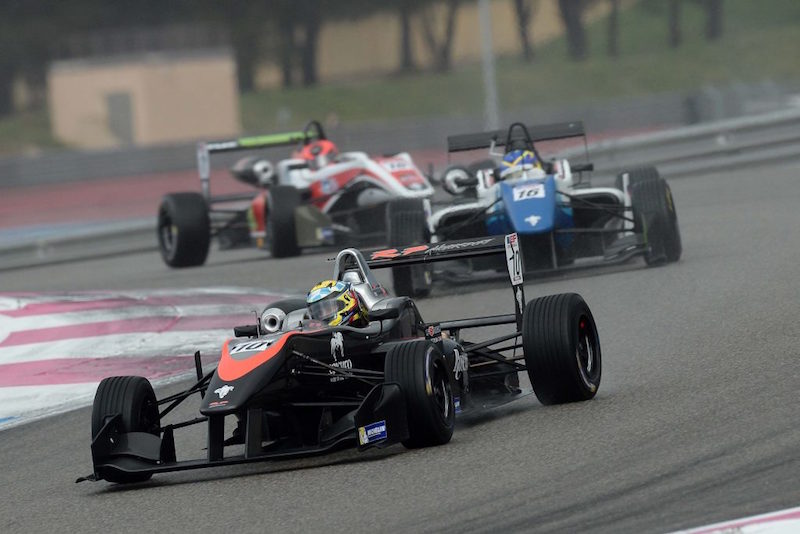 It could be argued that throughout Scott?s career he has outperformed the machinery he has been given, and that 2017 has been the first year he?s had a car to match his abilities.

The combination of Harrison Scott and RP Motorsport has been unstoppable, and Scott puts most of that down to ?how hard RP work between each race and at race weekends.

?They provide a fantastic car at every opportunity.?

In previous years where Scott has been in a title fight, he has been unable to convert a points lead into a championship at season-end.

If you?ve watched Euroformula Open regularly this season, then a slightly sweaty Scott chatting to GT Sport?s Alfredo Fillipone after taking victory would be a regular sight. Almost every race Scott says the same thing: fending off challenges from pole, taking a few laps to find ?the rhythm? and then controlling the pace to the flag.

Controlling the pace to the flag has often meant victory margins north of five seconds.

?Yeah, and that?s it,? confirms Scott when Formula Scout asks him about his usual post-race comment. ?Like I said, I?m just really comfortable with the car, it gives me a lot of confidence to just go out there and just attack every corner and also push to the maximum.?

The Euroformula Open supergrid, calculated by turning the fastest time recorded at each track as 100% and then slower times being in % additions to that, highlights just how crushing Scott?s pace has been.

His average over the seven circuits visited so far is 100%, with closest full-time rivals Nikita Troitskiy and Devlin De Francesco back on 100.547% and 100.862% respectively.

This equates to half a second as an average over Troitskiy on a 100 second lap, and almost a second over De Francesco. There are only two other drivers who have been consistently within 1% of Scott, and there has only been two races all season where a member of the quartet has beaten the champion in a race. 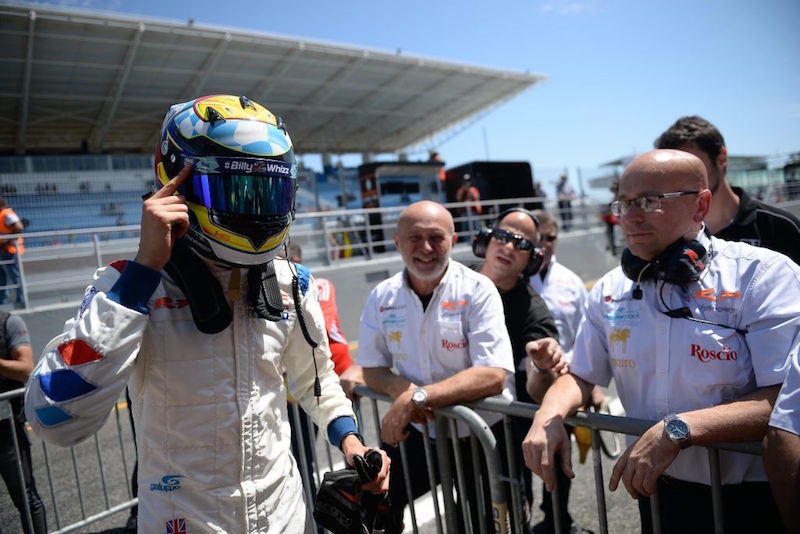 Bar abusing track limits at the Hungaroring, the only moment of his season that can be considered a true mistake was at Silverstone, where he had a harmless spin in the damp while searching for grip in qualifying.

His home round resulted in a double victory, and highlighted another level to his skill set.

Euroformula Open has a total ban on tyre warming, in which the ?mere presence of tyres heating devices is forbidden?during the entire event? and drivers are not allowed to heat up their tyres on track in the traditional method of swerving left and right and touching the brakes.

?Normally, in a lot of the weekends it?s been okay, because obviously most of the rounds we?ve been to the climate has been quite hot,? explains Scott.

?So actually getting temperature into the Michelins has been quite easy.

?Sunday morning [at Silverstone] was a lot tougher, in the cold temperatures. To actually try to get heat into them is very hard. You really have to work on the brakes a lot to get the core temperature. But also just really just get a feel for it, and I suppose you push and get the maximum out of the tyres that you can.?

Scott had to handle the extra pressures of racing in front of his home crowd, and his speed around the high-speed Silverstone, which is a renowned drivers? circuit, was a step above everyone else. 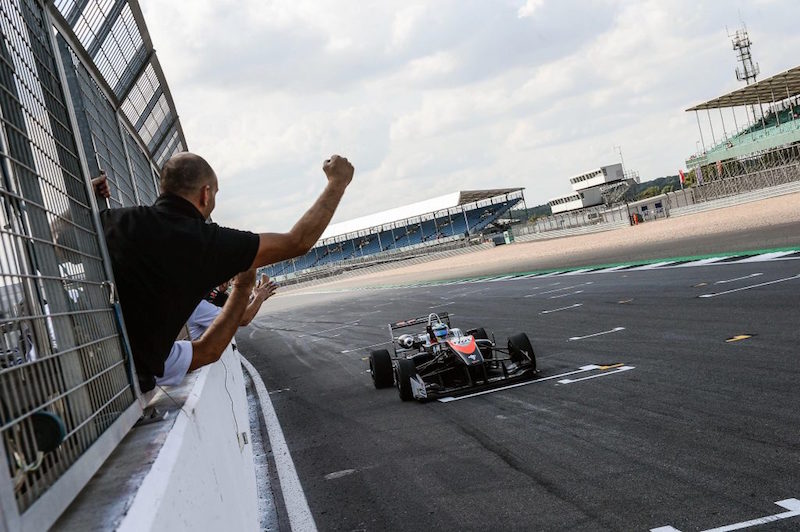 Despite Scott?s absolute level of domination, there are still questions raised. The quality of the Euroformula Open grid is not necessarily the strongest, although Scott disputes this.

?Everyone around me?s got experience, and something I?ve always come up against is track time. I?ve never had the budget to be able to go and do a large amount of tests. I?d just turn up for the weekends and push as hard as I can.

?Whereas a lot of the guys, I know this may be their first year in an F3 car, but the amount of days they?ve done testing, they?ve probably done a season already.?

Only four of the drivers currently in the top ten in the standings had no Formula 3 experience prior to this season, one of which has been making their car racing debut in Euroformula Open.

Amongst Scott?s rivals are multiple Brazilian and BRDC British F3 race winners, an MRF Challenge front-runner, a Formula Gulf champion and several drivers who have been highly competitive in national Formula 4 series.

A look at the 2017 FIA European F3 field doesn’t show vastly different results, with most drivers tasting success in F4 and winter series like the Toyota Racing Series before stepping up to the FIA?s F3 championship. Some drivers even did a season in Euroformula Open beforehand, with 2016 vice-champion Ferdinand Habsburg currently seventh in the standings and already a race winner in a highly competitive field.

?It?s also [only] my first year in proper F3 cars. I think the level?s there, and you?ve still got to go out there and perform and do the best you can. And every time I get in the car I just try and try to be as quick as I can, and every race just try to get the best possible result.? 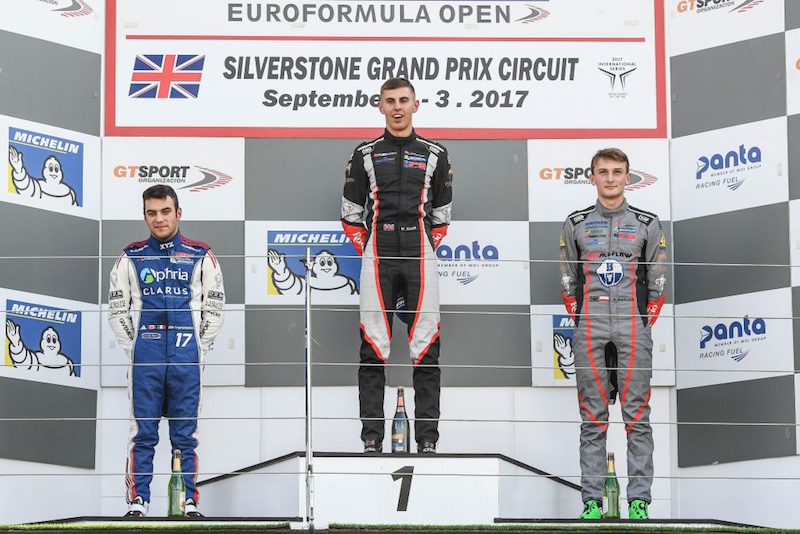 Even without that criticism, Scott?s achievements on the international sporting scene should arguably be receiving more press. Enaam Ahmed?s British F3 performances have been far more publicised, and Lando Norris?s performances in European F3 more scrutinised, but this doesn?t seem to faze Scott.

?In terms of television exposure you can?t fault it [Euroformula Open]. Every race is live on BT Sport [in the UK], I think it?s an hour show. So in terms of that it?s fantastic, and all the qualifying and the races are broadcast on YouTube live so people at home can sit and watch it and keep up to date. In terms of that it?s really good.

?You?d like to think people out there are seeing what we?re doing this year, the results we got, but only time will tell I suppose if anything actually comes from it.

?Obviously with it being, I suppose the sister series to FIA European F3, that?s obviously going to get a lot more attention than this. But for me, I can?t really fault the exposure we?ve got from it. It?s probably been my best year in getting my name out there, and in terms of track time it?s been fantastic as well.?

With the title wrapped up already, Scott can look forward to being a finalist in the 2017 Mclaren Autosport BRDC Award, and beyond that, the 2018 season.

?I?d like to step up again. Whether that?s into one of GP3, FIA F3 or Formula 2. That?s kind of the aims at the minute. There?s still a lot of hard work to do. We need to end this championship on a high, and then see what comes from that at the end.? 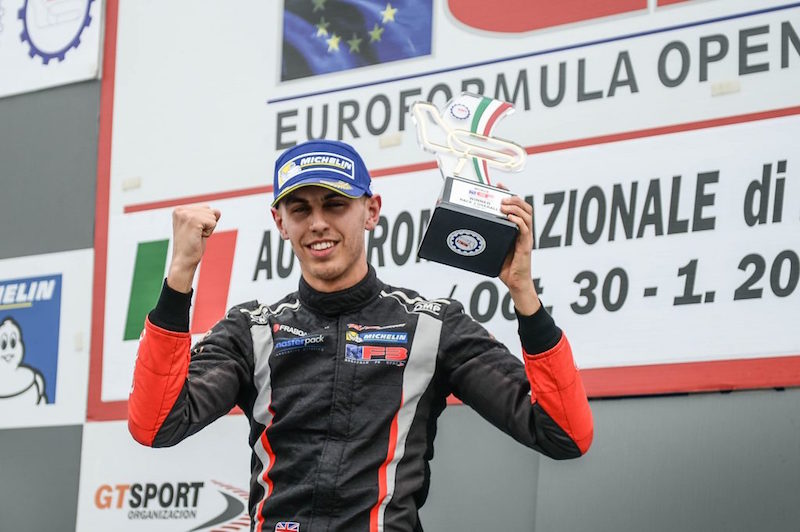