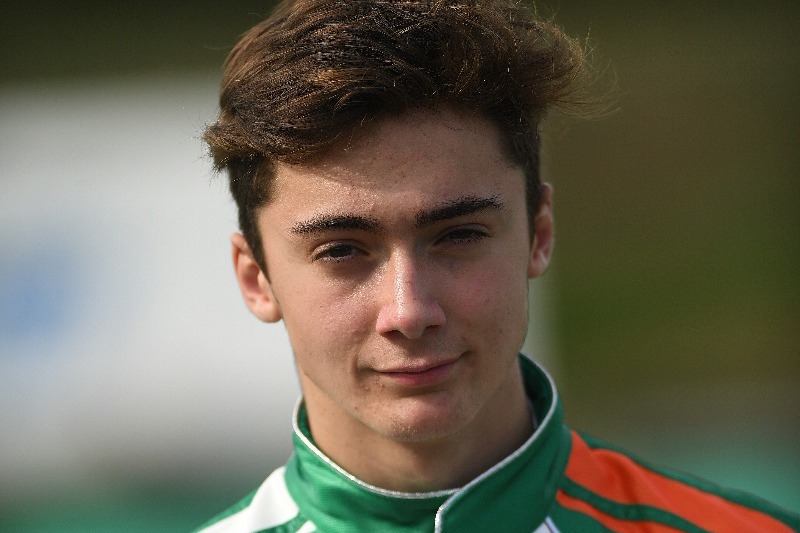 Successful karter Clement Novalak will contest the Toyota Racing Series at the start of 2018 as he moves into single-seaters.

Novalak, who turns 17 in December, won the WSK Super Master Series at junior level in 2015, when he also came second to Logan Sargeant in the world championship.

This year he repeated his WSK Super Master Series success at senior OK level, and has undertaken his first tests in single-seaters.

By contesting TRS, where he will race for the Giles Motorsport team, Novalak will follow in the footsteps of Marcus Armstrong, a fellow protege of Oliver Oakes, the former karting world champion and current Hitech Formula 3 team boss.

Novalak recently took part in an assessment with the Ferrari Driver Academy as part of its relationship with Tony Kart, just as Armstrong did last year before being signed to the FDA.

?I first heard about TRS from my good friend Marcus Armstrong,” he said.

“Many other drivers are recommending it as a great championship because you get to do a lot of racing action in a short space of time without the normal huge break between two seasons which tends to get boring for us drivers.

“TRS will be my first step into formula cars from karts, and I’m really looking forward to it.

“I’ll obviously go there with a winning mindset but thinking about developing myself as a driver and taking any opportunities given to me.

“In the meantime, I will be trying to get as much driving in single-seaters as I can so I am ready for TRS.”

Novalak is the second driver to be named by TRS organisers for the 2018 campaign, after local racer Brendon Leitch was confirmed to return.