Harrison Newey to make F3 return in Japan with Motopark 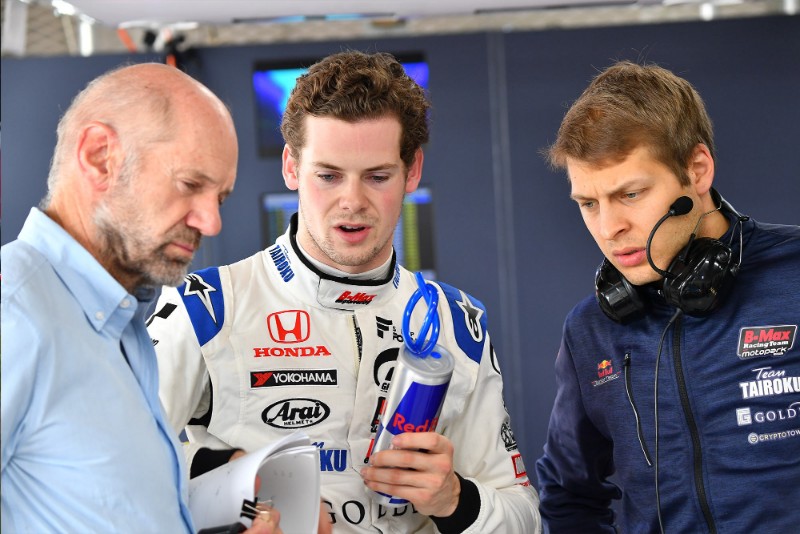 Harrison Newey will race in Formula 3 for the first since 2017 this weekend in a Japanese championship round at Sugo.

The 20-year-old has primarily been racing with B-MAX Racing with Motopark in Super Formula this year, and will race in F3 with the same outfit.

He will be replacing 41-year-old Masters Class entrant Tairoku Yamaguchi, team principal of Tairoku Racing, who also missed the previous Japanese F3 round at Fuji due to illness.

Newey raced in FIA European F3 in 2016 and ’17, with a best finish of fourth, and was also MRF Challenge champion before switching from single-seaters to prototype sportscars last year.

While Yamaguchi usually races under the B-MAX Racing-assisted Tairoku Racing banner, Newey will be entered under Motopark’s name and will be team-mates to championship leader Sacha Fenestraz, Enaam Ahmed, Ameya Vaidyanathan and B-MAX team boss ‘DRAGON’.

Fenestraz has won six races so far this season, and leads TOM’S driver Ritomo Miyata by 34 points in the standings.

Alongside Super Formula, where he is 21st in the standings and has been the victim of a car fire twice, Newey is racing in the Super Taikyu series in Japan for GT cars, and drove with Yamaguchi in the Fuji 24 Hours earlier in the year.

Newey missed the last Super Taikyu round, where he was supposed to race against his Formula 1 title-winning designer father Adrian, due to team boss Yamaguchi’s illness.