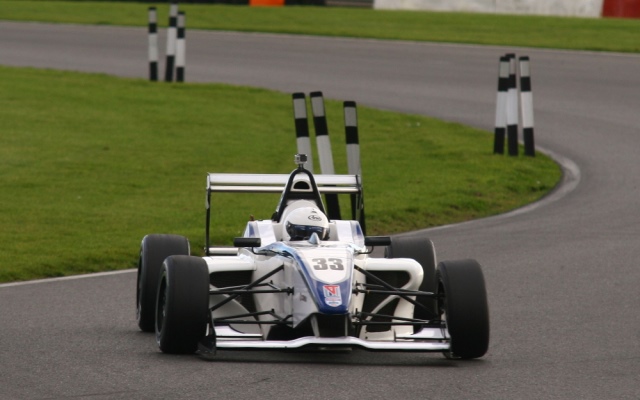 Harrison Newey will continue in BRDC F4 for his first full season of single-seaters in 2015.

The son of legendary F1 car designer Adrian made his single-seater race debut in French F4 at Paul Ricard last month and is now competing in the BRDC F4 Winter Championship.

Driving for HHC Motorsport, he scored a fourth, two fifths and a sixth in the four races held at Snetterton last weekend.

It has now been confirmed that he will remain in the British series with HHC for the main championship next year.

“We’re delighted to confirm Harri will race with us into 2015,” said HHC’s Charlie Kemp.

“He took on board all the advice we gave him at Snetterton and has a fantastic attitude to his racing. With his approach and his natural ability, I’m sure we will see Harri challenge for the podium in 2015.”

Newey Sr. explained that BRDC F4 offered a better choice for him and his son than other F4-specification championships.

“Our choices were French F4 or BRDC F4,” he said to Autosport. “These were realistic budgets. If you look at MSA Formula and Italian F4 the budget is two or three times more. It was pretty easy [to decide] to be honest.”