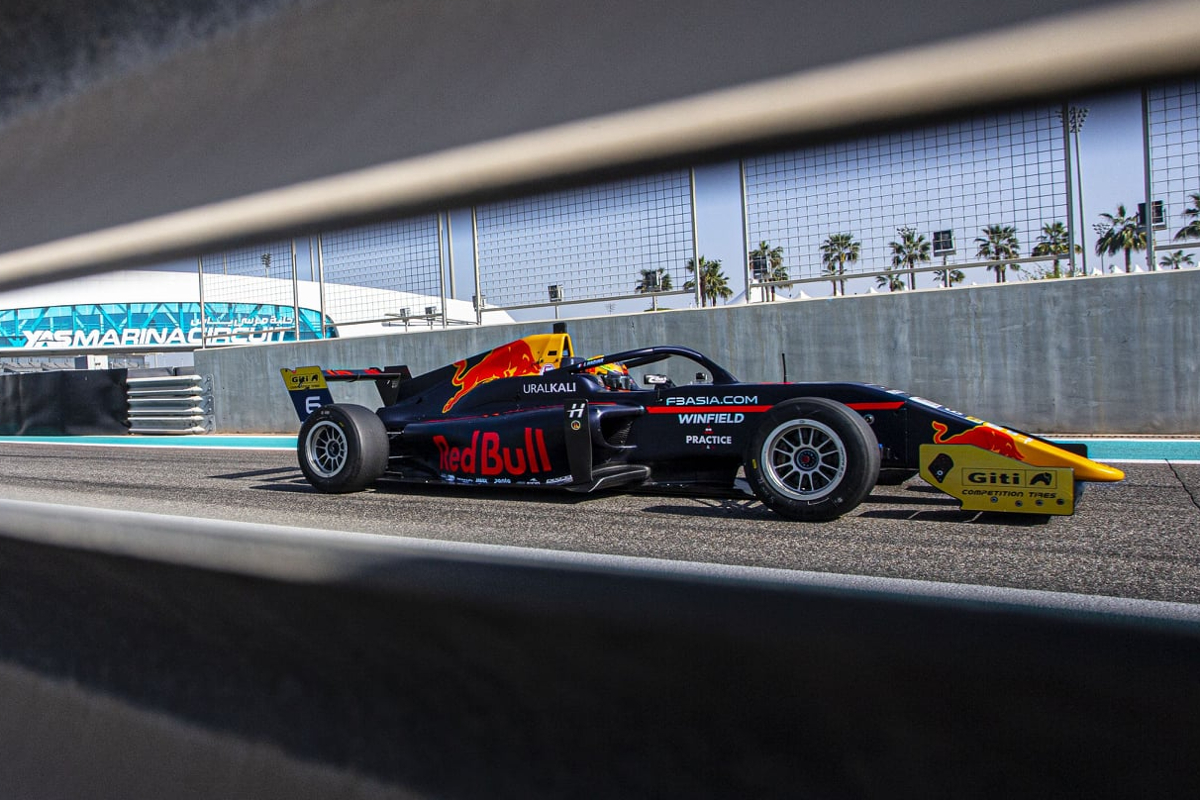 Isack Hadjar held off Hitech GP team-mate Gabriele Mini to take his second Formula Regional Asian Championship win and, with it, third in the final standings.

Hadjar made an excellent start to the final race at Yas Marina Circuit from pole position and managed to control it from the front despite two lengthy safety car periods.

Mini had a look into the first corner at the first restart but had to settle for second, 0.835 seconds behind his 2021 FRegional European Championship rookie rival.

Paul Aron had made a quick getaway, taking to the run-off at the first corner to sweep past Mini for second. However, he was ordered to give the place back to the Sicilian, which he duly did under the initial safety car.

Conversely, Jak Crawford made a poor start from the front row, dropping him behind both Mini and Aron. Though he was able to put Aron under pressure, including attempting a move on lap 10, the Abu Dhabi Racing by Prema driver held him off to the finish.

The front four pulled out a comfortable gap on their battling pursuers, headed for most of the race by series runner-up Pepe Marti ahead of Patrik Pasma, Dino Beganovic and Lorenzo Fluxa.

Both Pasma and Beganovic managed to get ahead of Marti in the final stages, although the Spaniard was able to repass Beganovic through the chicane before the support race start-finish line to regain sixth.

Beganovic’s Mumbai Falcons team-mates endured difficult races. A lap one spin dropped newly-crowned champion Arthur Leclerc to the back of the field although he subsequently recovered to take 14th.

Ollie Bearman could only finish one place ahead of his team-mate, having been involved in close battles with Pierre-Louis Chovet and Mikhael Belov as he tried to come through from 16th on the grid, having been given a five-place grid penalty. Post-race he, Sami Meguetounif and Vlad Lomko were then handed 10s penalties.

The Al Qubaisi family caused both safety car periods with similar spins at the same corner for Amna on lap two and her father Khaled four laps later.