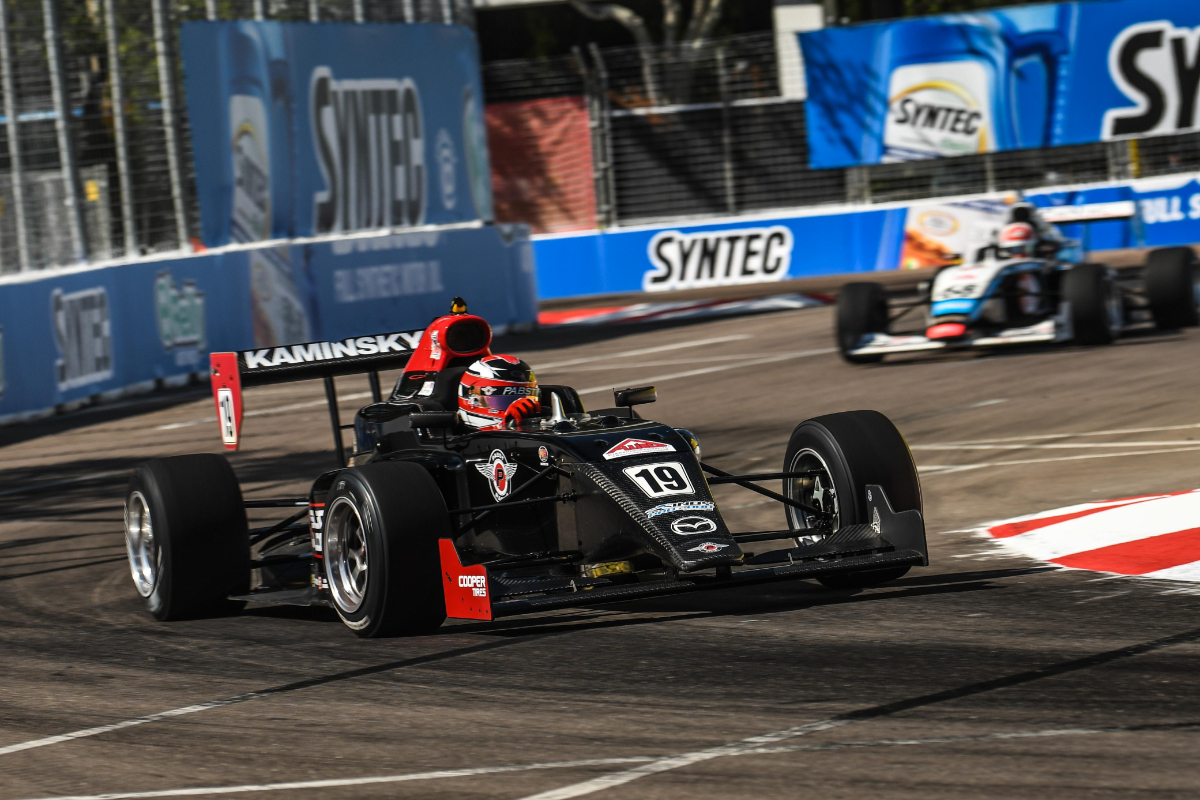 Colin Kaminsky and Jack William Miller have announced they will be back on the Indy Pro 2000 grid this year, starting with next weekend’s St. Petersburg season opener.

Pabst Racing driver Kaminsky is so far only publicly confirmed to be doing round one, where he joins rookies Yuven Sundaramoorthy and Jordan Missig in the team’s line-up.

Kaminsky, 22, has raced with Pabst since 2019 when he came fourth in USF2000. He claimed three poles that year but lost out on third in the standings on win countback as a result of his best finish only being second.

In 2020 he stepped up to IP2000 and visited the podium three times, one of those being from pole, but again missed out on a maiden Road to Indy win and was eighth in the championship. Last year he only contested the season’s first three rounds.

“Back in the #27 rocket with none other than (wait for it) Pabst Racing in 2022,” Kaminsky announced on Instagram.

“Only seven days till we hit the streets of St. Pete to kick off the year so please mark your calendars and be prepared for more racecar content and hashtags.”

Also confirming their long-anticipated presence in St. Pete, and for the rest of the season, is Miller Vinatier Motorsports’ Jack William Miller. He came 11th in his rookie campaign last year for the team co-owned by his father Jack Miller, who raced in IndyCar from 1996 to 2001.

MVM currently only has one car entered in IP2000, but could expand to two as it has no signed USF2000 drivers right now.