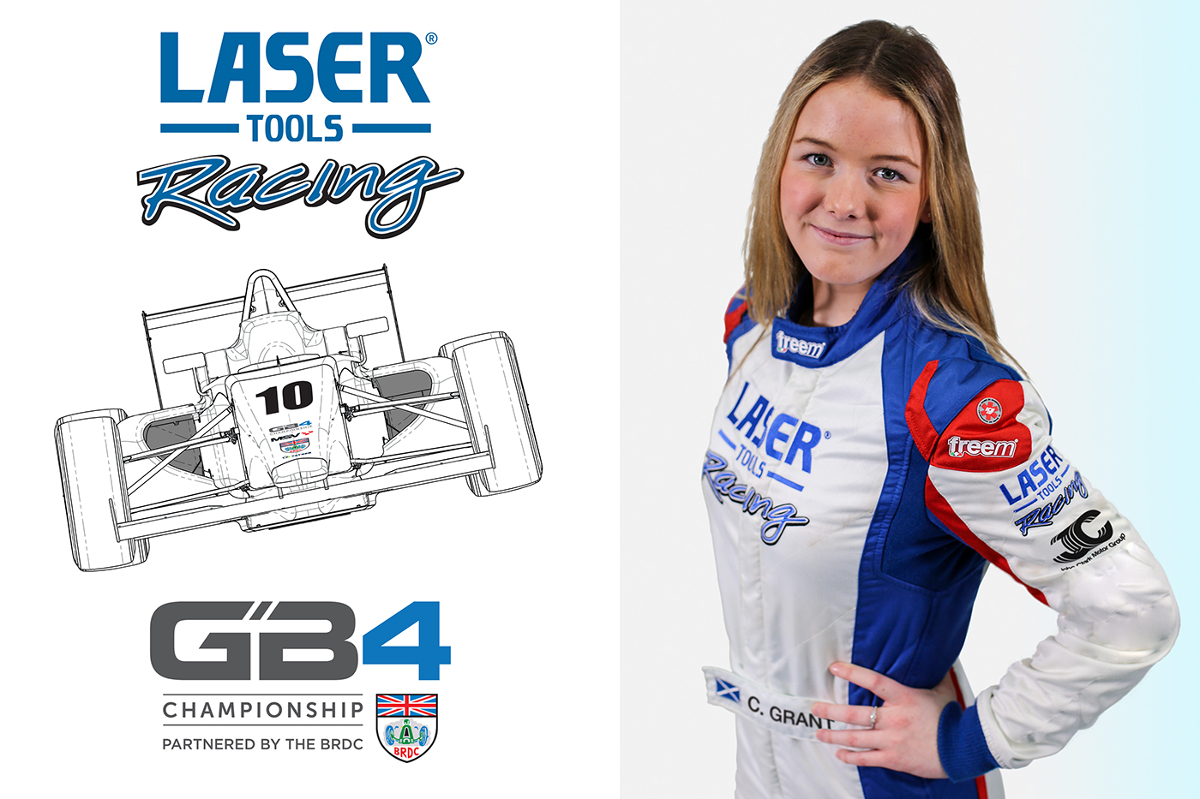 Graham Brunton Racing has signed Chloe Grant to complete an all-female line-up for its entry into the new GB4 championship.

GB4, which will use Tatuus’s first-generation Formula 4 car, now has three confirmed drivers who currently form an all-female grid. Grant and Logan Hannah are signed by GBR, while Jessica Edgar will race for Fortec Motorsports.

Grant, like her team-mate and her team, comes from Scotland and is backed by Laser Tools Racing, and last year came 14th in the Junior Saloon Car Championship after moving into the series by winning its scholarship.

“My ambition has always been to step up from the karting circuit into single-seater racing, and now I’m taking on the new GB4 series with Laser Tools Racing – what an opportunity,” said the 15-year-old, who will be making her single-seater debut.

“GB4 is a very exciting new championship that will see aspiring drivers progress in single-seater racing and with Laser Tools Racing’s support, I’m really proud to be involved in this new series. And to be partnered with Logan Hannah, well that’s got to be the dream team!”

“It’s great to have Chloe joining us. We’ve seen her progress from karts to cars and she comes from a real racing family with a huge passion for the sport,” said GBR’s team manager Craig Brunton.

“This will be a big learning curve – moving to slicks-and-wings in the Tatuus chassis. But her approach to learning new skills has really impressed us. Working with a two-girl team in the Laser Tools Racing-branded cars is an amazing opportunity and we can’t wait to hit the track and begin the hard work!”

GBR team principal Graham Brunton added: “We are so proud to be putting forward this wonderful two-girl team. Both drivers have so much to offer this exciting series, we really cannot wait!”

Laser Tools also has its own British Touring Car Championship team in addition to supporting GBR, and recently signed another Scot there in former Sauber junior Dexter Patterson.