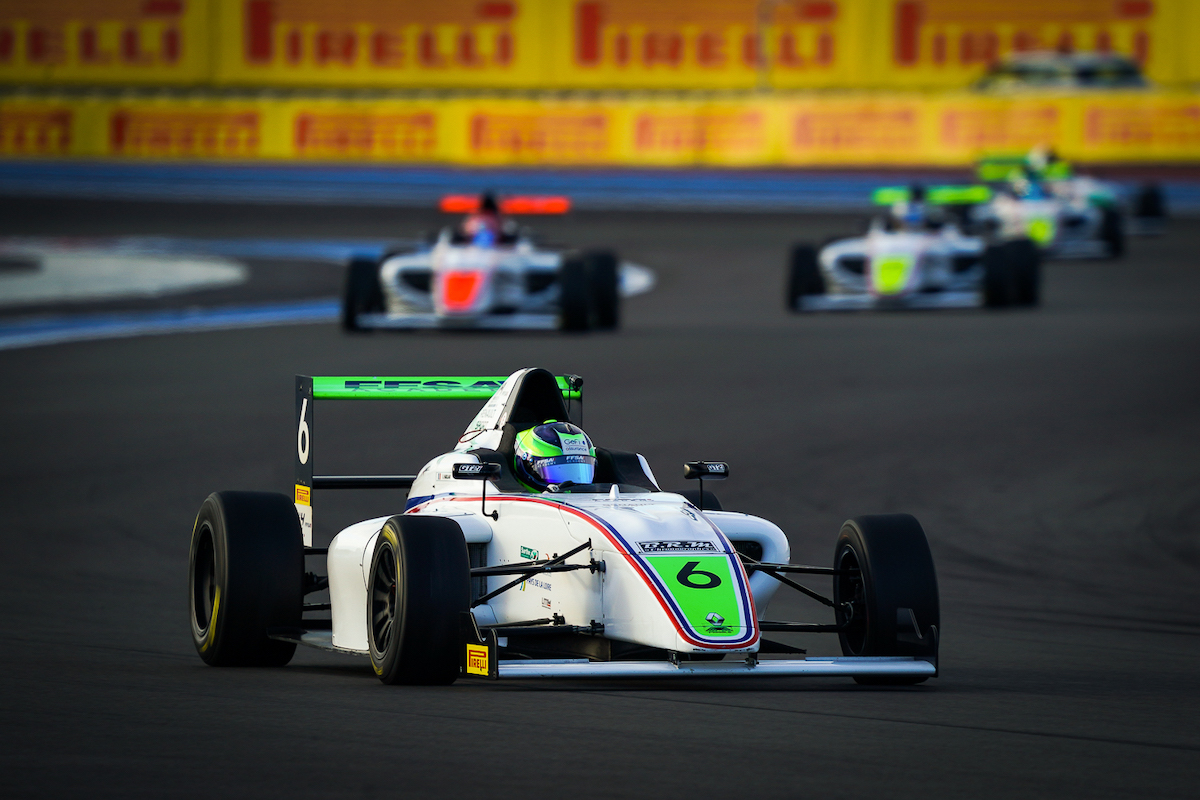 Isack Hadjar passed Ayumu Iwasa late on to take a second French Formula 4 win at Paul Ricard in the final race of the weekend and deny Iwasa an early championship celebration.

Iwasa spent most of the race at the front of the order, with Hadjar roughly a second behind. A push in the closing stages of the race put Hadjar back on Iwasa’s tail and, on the penultimate lap, he swept past the championship leader.

Iwasa had no answer and finished second, 0.886s behind the race winner.

With Ren Sato finishing fourth behind Sami Meguetounif, Iwasa now leads the championship 68 points with 70 available in the final round of the season. Hadjar also denied Iwasa the bonus point for fastest lap by 0.001s.

Meguetounif briefly challenged Hadjar for second early in the race but dropped away from the leaders to finish third. Sato was beginning to close the gap to Meguetounif in the closing stages of the race but ran out of laps before he could challenge for the position.

Romain Leroux took fifth, ahead of rookie winner Valentino Catalano and Lev Lomko, who had a good drive from 11th on the grid.