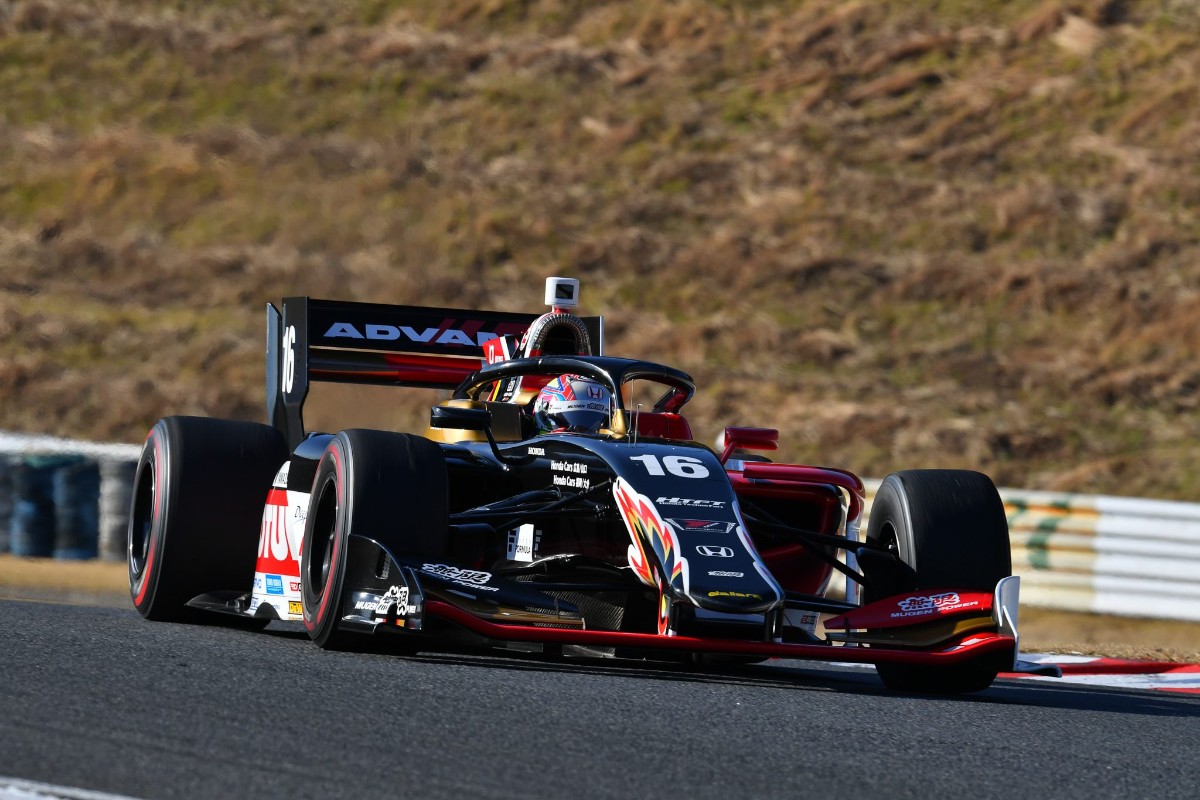 Two safety car periods early in the race, both caused by supposed wheel issues for Sacha Fenestraz (Kondo) and Sho Tsuboi (INGING), split the field on pitstop strategy and it ended up being that all but Dandelion Racing’s Naoki Yamamoto, TOM’S driver Nick Cassidy and Nojiri’s team-mate Ukyo Sasahara had pitted after the second interruption.

With their tyres already up to temperature they didn’t lose ground though, with the top three pulling away from lead pitter Nojiri through the second half of the race by a substantial margin.

Sasahara was the first of the three to make the trip to the pits, doing so at the end of lap 36 of 41 from third place. Cassidy followed the next time around, and he came out just ahead of returning rookie team-mate Ritomo Miyata.

The Super Formula Lights leader got past the reigning SF champion, but Cassidy reclaimed the place before he came under attack from Yamamoto’s team-mate Nirei Fukuzumi.

It wasn’t until the end of lap 39 that Yamamoto made his change of tyres, and he returned to track in a comfortable second place. In the remaining two laps he rapidly closed in on Nojiri, and finished 0.664 seconds behind the driver who had taken pole earlier in the day.

Kenta Yamashita was fifth for Kondo Racing, and B-MAX Racing with Motopark’s series returnee Nobuharu Matsushita did an impressive job to finish sixth ahead of Cassidy, Miyata, Fukuzumi and Makino’s team-mate Oyu, who stalled on the dummy grid and recieved a drive-through penalty early on.

Points leader Ryo Hirakawa crashed in qualifying and he only recovered to 12th in the race, stuck behind Impul team-mate Yuhi Sekiguchi.

Sasahara, who stalled at the start but gained from the safety cars, finished 14th ahead of Matsushita’s debuting team-mate Charles Milesi and ThreeBond’s returning Tatiana Calderon.