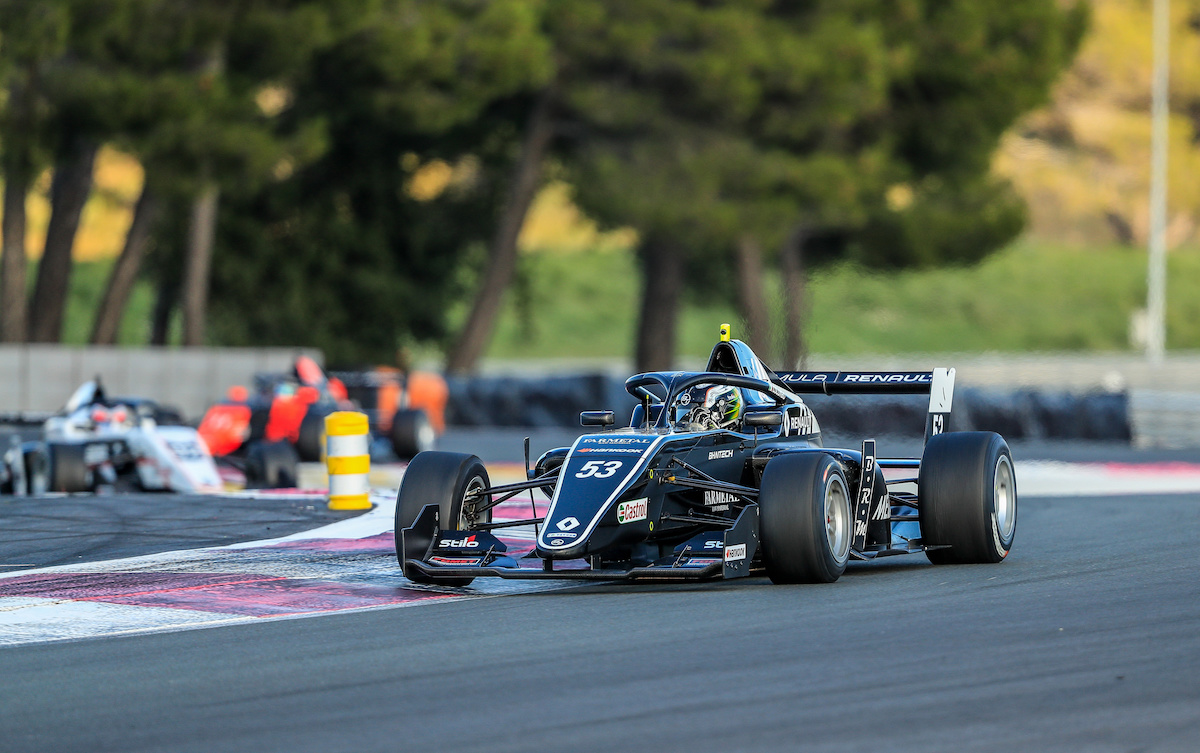 Bhaitech driver Colombo started on pole and had a strong opening lap to create a gap to ART Grand Prix’s Martins.

But as the 30-minute race headed towards the midpoint, Martins was able to close the gap to just a few tenths of a second.

Martins challenged throughout as the race came to its conclusion but was unable to force Colombo into an error.

Colombo’s victory is his third in succession, adding to his wins at Hockenheim and at Ricard on Saturday. It elevates him to fifth in the championship.

With the drivers’ and teams’ titles both wrapped up, only the top rookie honour was to play for. Quinn held a comfortable advantage over JD Motorsport’s David Vidales coming into the race, and started ahead on the road.

By finishing ahead, with Quinn fifth and Vidales fighting from 13th to ninth, Quinn was able to secure the rookie title.

Opening lap incidents at Signes and Le Bausset dropped Reshad de Gerus, Hadrien David, Paul Aron and Gregoire Saucy down the order, opening the door for others to take the lower points finishes.

Saucy and Aron were able to continue but finished 15th and 17th, while David and de Gerus were forced to retire.

R-ace’s Michael Belov took sixth, ahead of JD’s William Alatalo, who gained nine spots in the opening stages of the race to vault into the points.

In his first race meeting (and only in FRenault), R-ace’s Elias Seppanen took points with eighth, ahead of Vidales and FA Racing’s Amaury Cordeel.

After losing out in the chaotic first-lap, Vidales moved into the points with a mid-race pass on Ugo De Wilde, who is one of several drivers under investigation. De Wilde is so for exceeding track limits, while David and Saucy, and well as de Wilde and FA Racing’s Tijmen van der Helm, are so for contact on the opening lap. As all finished outside of the points, the points standings are not expected to change.