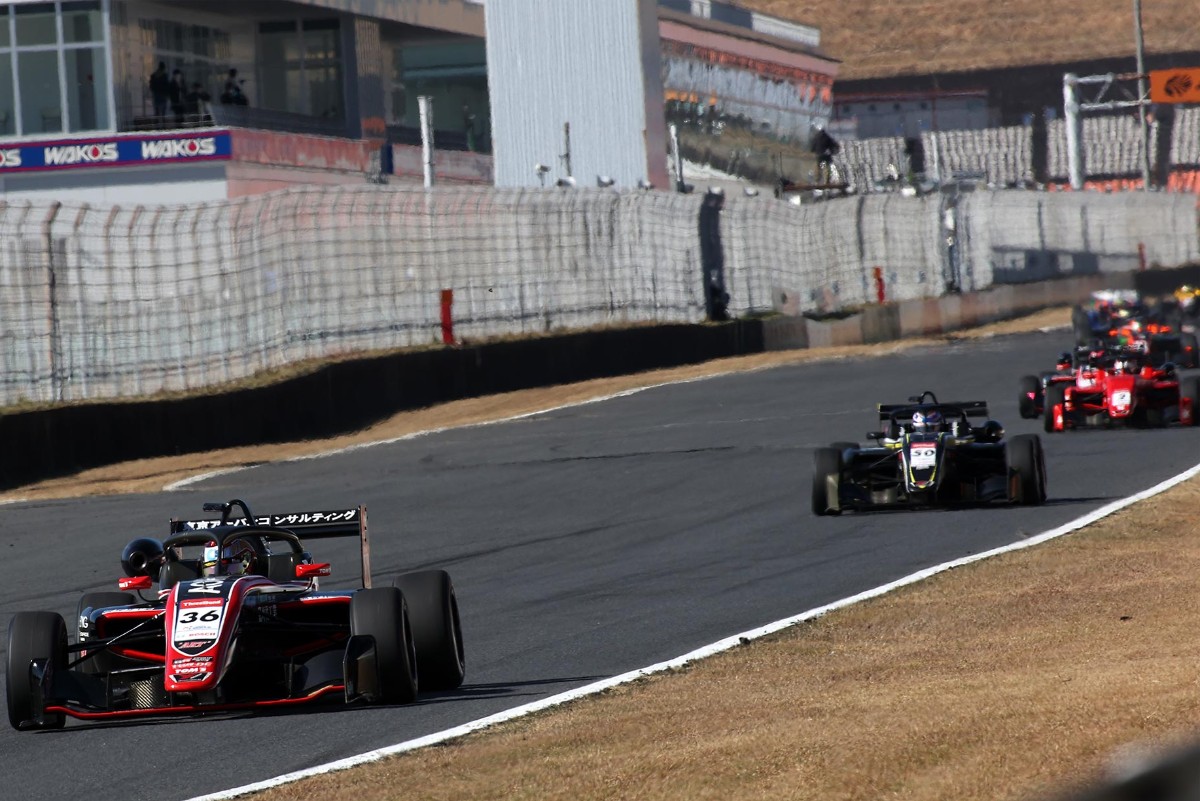 Miyata made a superb start from pole in race one and pretty much had the win in the bag by the end of lap one with a sizeable lead.

B-MAX Racing’s Sena Sakaguchi had no answer to Miyata’s pace, despite the leader frequently locking up into Turn 4, and the gap between the two up front stretched out to 8.355 seconds over the 21-lap race.

Toda Racing’s Teppei Natori initially had to worry about Miyata’s TOM’S team-mate Kazuto Kotaka while holding on to third, but he had started to distance himself by mid-distance before Kotaka’s car started leaking fluid and came to a stop.

That handed fourth to RS Fine’s Shunsuke Kohno, who held off pressure from B-MAX Engineering driver Mizuki Ishizaka for the position. It was former Japanese Formula 4 racer Ishizaka’s first race in SF Lights.

Miyata was outpaced by Natori and Sakaguchi in qualifying for race two, and a cautious approach to the opening corner of the race essentially left him third for the duration.

Sakaguchi beat poleman Natori off the line and into Turn 1, while Miyata could have attempted a move on Natori but decided against it. In the opening half of the race the lead three separated, but Miyata had the fastest car in the second half and he closed right back onto the rear of Natori.

He ran out of laps to make a move, as Sakaguchi picked up his third win and Natori claimed his best series result.

Allen leaped from seventh to fourth on lap one, but didn’t have the pace to stay there and was passed and then gapped by Kotaka and Kohno.

Miyata made sure he left Autopolis with an extended points lead by winning race three from pole ahead of Sakaguchi.

Kotaka went from 10th to fifth on lap one, passed Kohno on lap two and then hounded Natori for third for the remainder of the race.

Kohno dropped into the clutches of Allen before the latter’s race ended with an issue, securing him fifth. Ishizaka claimed the final point in sixth, and Iriyama prevailed in a lengthy and messy duel with B-MAX boss DRAGON for seventh.