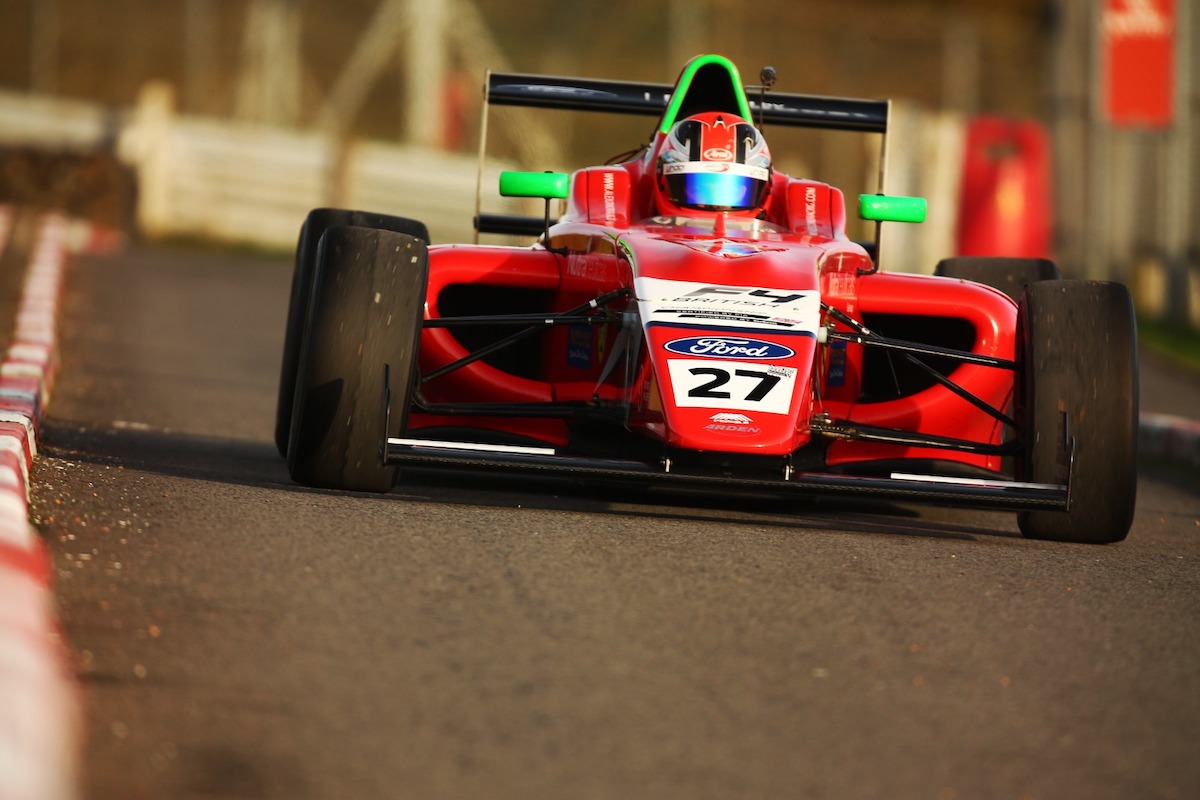 Alex Connor won the penultimate round of the British Formula 4 season as Zak O’Sullivan closed the gap to Luke Browning at the top of the standings.

O’Sullivan and Browning spent the second half of the race battling in the podium positions and challenging Connor for the race win.

As Arden driver Connor claimed his third victory of the season, O’Sullivan held off Browning to take second, though the Carlin driver is under investigation for overtaking under yellow flags.

The race started behind the safety car due to the wet conditions but, once the track turned green, Connor was immediately challenging pole sitter Frederick Lubin for the lead.

He managed to pass the Arden Motorsport driver, leaving Lubin to battle Abbi Pulling for second when the safety car was brought out.

Roberto Faria and Matias Zagazeta had come together on the first lap of racing and both were sent into the gravel.

It was as the safety car boards came out that O’Sullivan passed Christian Mansell in the battle for fourth. Mansell had been ahead and challenging Lubin when the yellow flags were brought out, but O’Sullivan wasn’t far behind and continued to battle Mansell for the position.

On the restart, O’Sullivan immediately came under attack from Browning, though Pulling and Lubin were quickly pulled into the battle. The championship contenders passed Lubin and Pulling, who was shuffled back to seventh.

Connor had built a good gap by the time the battle for second settled, though O’Sullivan and Browning quickly reeled him in. O’Sullivan couldn’t find a way past Connor and had to settle for second, closing the gap to Browning in the championship standings to just four points.

Mansell took fourth, ahead of James Hedley, Lubin, and Pulling. Eighth for Casper Stevenson wasn’t enough to keep his championship fight alive going into the final races of the season, though he remains comfortably ahead of fourth-placed Hedley.