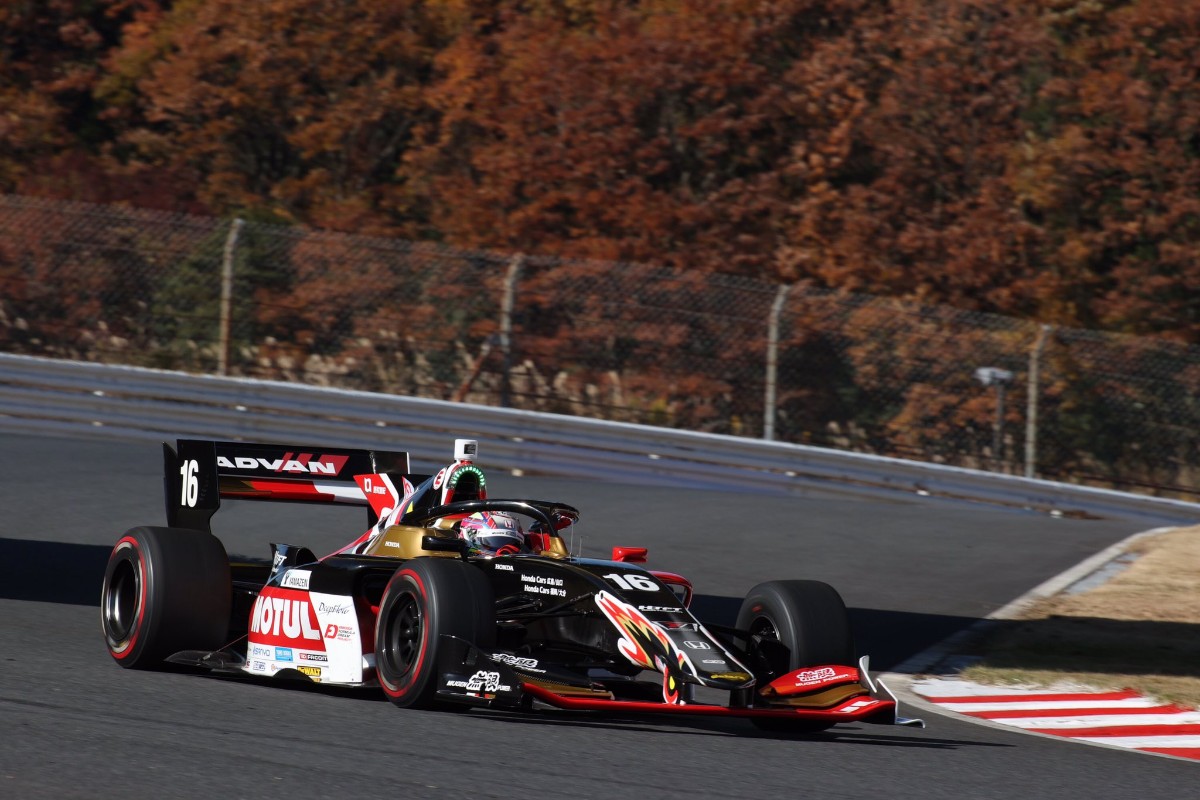 Tomoki Nojiri took his first Super Formula pole since 2018 in a crazy qualifying at Autopolis.

Nick Cassidy was first to set a lap in Group A in Q1, but with one minute to go his unrepresentative effort still stood as the fastest.

Tadasuke Makino then became the first driver to lap at true qualifying pace, with Nirei Fukuzumi going faster and Yuhi Sekugichi slotting in behind.

Hiroaki Ishiura went third with 20s to go, just as red flags were waved after Yuichi Nakayama spun off. This hurt series returnee Nobuaru Matsushita, whose first flying lap came in after the flags appeared.

The session was restarted though, enabling Matsushita to set a lap good enough for seventh and therefore progressing to Q2, while Cassidy went fastest at the very end.

It was a similar story in Group B, though this time Naoki Yamamoto was smart enough to put a genuine flying lap down early on. It was worth it, as only he and Toshiki Oyu had lapped before points leader Ryo Hirakawa crashed and caused a red flag.

Oyu’s lap also came in too late, but he rebounded when the session restarted to go second fastest behind Yamamoto. Hirakawa, who has two poles this year, will start the race from the back row.

Everyone took the risk again in Q2, with Makino the only to even set an outlap before the final two minutes.

The first flying lap came with 40s to go, set by returning rookie Ritomo Miyata. By going early it actually proved an advantage, as on his next lap he improved to go joint fastest with Yamamoto.

A flurry of laps came in after the chequered flag, with Matsushita and Sho Tsuboi jumping from the bottom of the timesheet to make the top-eight Q3 shootout.

Yamamoto got a lap in early in Q3, but one that was off the pace, and once more it came down to a battle in the final moments. Having set a lap before the chequered flag, Dandelion’s Fukuzumi and Yamamoto and Mugen’s Nojiri were the only three really in contention, and it was Nojiri who prevailed with his second effort by 0.015s over Fukuzumi.

Tsuboi will fill row two alongside Yamamoto, with Ishiura and Matsushita impressing to go fifth and sixth, while Cassidy missed the window to set a lap.