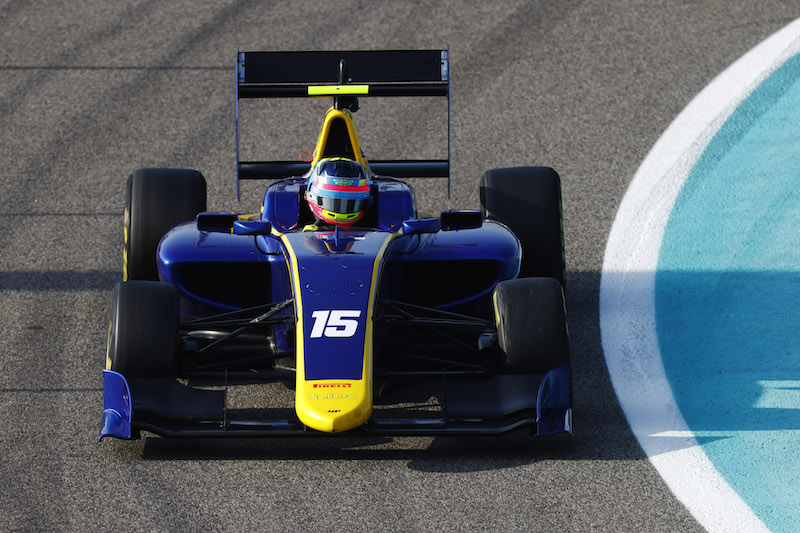 Ferdinand Habsburg completed a clean sweep for series newcomer MP Motorsport in its debut GP3 test by topping the third and final day in Abu Dhabi.

Macau Grand Prix hero Habsburg had not placed inside the top 10 in any session across the first two days of the test while driving for Arden, but topped Saturday morning’s running after switching to MP with a time of 1m54.869s.

MP, which is taking over the cars run this season by DAMS and topped the first two days of the test with Niko Kari, completed a one-two on the final day with Habsburg’s Formula 3 team-mate Jehan Daruvala, who also made the switch from Arden.

Kari – whose 1m54.733s from Friday remained the best time of the test -?moved over to Campos Racing and took fourth in the morning behind ART Grand Prix’s Nikita Mazepin.

The other ART drivers Callum Ilott, Jake Hughes and Gabriel Aubry placed fifth, seventh and ninth respectively in the morning, with Max Defourny sixth for MP and Pedro Piquet eighth for Trident.

Hughes topped the afternoon session with a 1m55.578s in front of Kari, Daruvala and Habsburg.

David Beckmann moved from Jenzer to Arden for the final day and was fifth in the afternoon, ahead of Jenzer duo Ben Hingeley and Juan Correa.