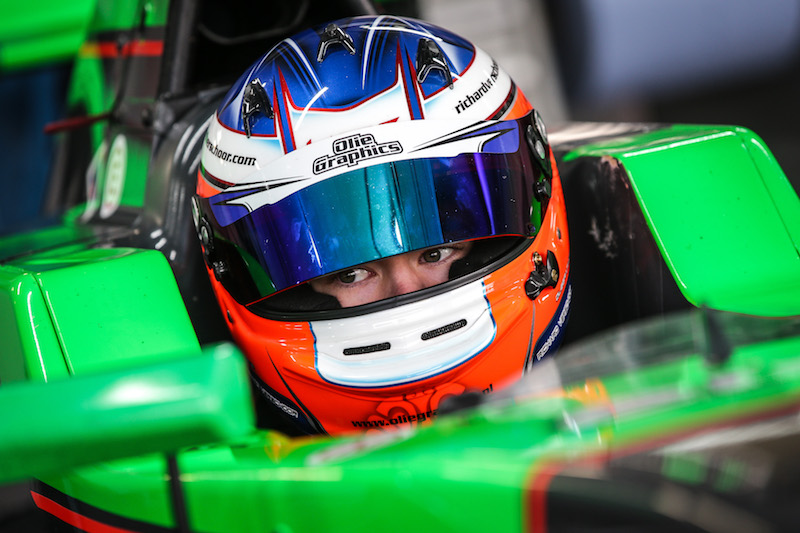 Richard Verschoor has secured a return to the Formula Renault Eurocup next year with Josef Kaufmann Racing despite losing Red Bull backing.

Verschoor was signed to the Red Bull Junior Team after winning on his SMP Formula 4 debut at the Russian Grand Prix last April, and he went on to dominate both that series and the Spanish equivalent before challenging for the Toyota Racing Series title as a rookie at the start of this year.

His maiden Formula Renault Eurocup campaign with MP Motorsport proved difficult however and he finished ninth in the standings, only making the podium at the final round at Barcelona.

He has since joined up with Josef Kaufmann Racing, testing the car with which Sacha Fenestraz claimed the Eurocup title this year.

“We were approached by almost every team, so we had quite a few options,” Verschoor told Motorsport.com, confirming he has been released by Red Bull.

“Kaufmann is the first team you look at, because they won a lot of championships. I was eager to join them.

“They have proven they can put together a good car and teach the drivers how to manage it.”

Team manager Lars Kaufmann added: “We are really happy to have signed Richard for the upcoming season.

“We are happy with his speed and development during the winter tests. We believe he is a great talent and we want to win the championship with him.”

Verschoor’s former MP team-mate Neil Verhagen, who finished two places further behind in the Eurocup this year, is set to retain Red Bull backing, and has set the pace in all three days of collective post-season testing after moving to Tech 1 Racing.

JKR is expected to run Yifei Ye for a second season next year, with karting graduate Clement Novalak joining Ye and Verschoor at the team for the Paul Ricard test this week.