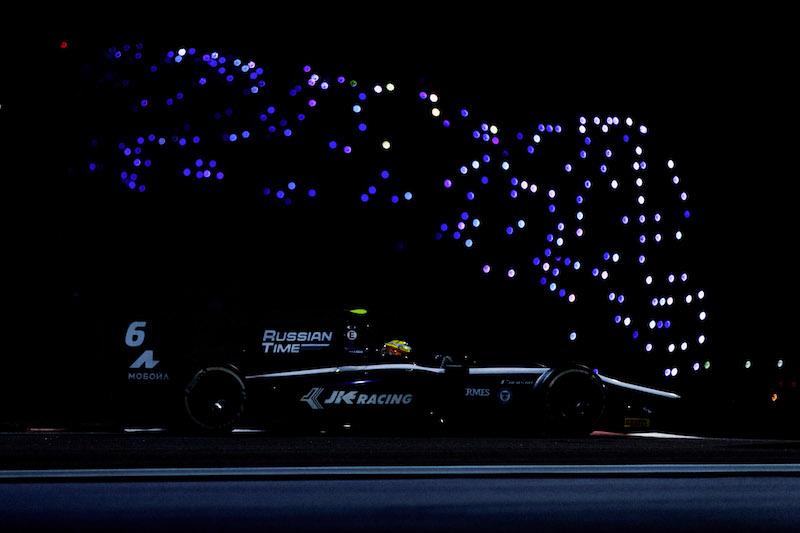 The Indian, who switched from Trident to Russian Time for his second day in the GP2/11, had all his times deleted from the first session after his car was found to be underweight, but the GP3 race winner went on to post a 1m48.645s in the evening to top the day.

Day one pace-setter Louis Deletraz kept up his fine form with MP Motorsport, topping the earlier session with a time of 1m49.134s before taking second in the evening, 0.058s behind Maini.

Alex Albon was also strong throughout for DAMS, taking second in the first session and then third place in the later running, in front of Prema signing Nyck de Vries and Campos tester Lando Norris.

Santino Ferrucci was sixth for Trident in front of Jack Aitken at ART Grand Prix, DAMS’ Nicholas Latifi and Tadasuke Makino in the other Russian Time car.

Oliver Rowland completed the top 10 after joining Racing Engineering for the latter two days of the test.

Latifi took third in the morning ahead of Makino and Norris. Ralph Boschung was sixth for MP Motorsport in front of Rapax pair Rene Binder and Guan Yu Zhou and Racing Engineering’s Maximilian Gunther and Rowland.

Formula V8 3.5 champion Pietro Fittipaldi made his F2 debut with Trident and was 11th and 18th in the two sessions.

Fittipaldi will move to Arden for the final day, with Antonio Fuoco taking his place at Trident. Luca Ghiotto will be back alongside Deletraz at MP Motorsport,?Norman Nato will replace Binder at Rapax while Leonardo Pulcini and Thiago Vivacqua will make debuts for Campos and Racing Engineering respectively next two Norris and Rowland.