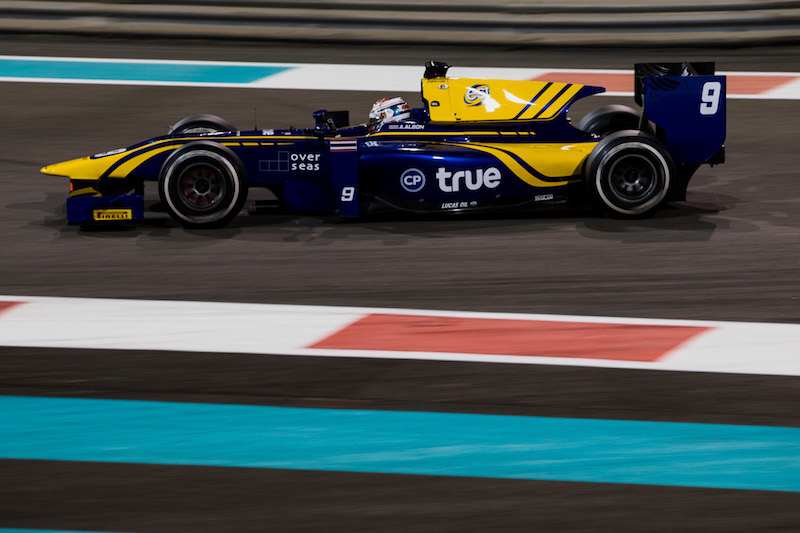 Alex Albon ended the Formula 2 post-season test by posting the best time of the week for DAMS.

The Anglo-Thai driver, who appears set to race for DAMS next year following a switch from ART Grand Prix, set a time of 1m48.110s with around 45 minutes of the test remaining.

That was five thousandths of a second quicker than Norman Nato, who joined Rapax for the final day of the test.

Jack Aitken was fourth in the evening session behind Prema signing Nyck de Vries to be the fastest rookie of the week.

His ART team-mate and GP3 rival George Russell’s test was ended early by a blown engine after 11 laps in the evening.

Louis Deletraz was fifth for MP Motorsport, with his pace-setting time from Thursday evening beaten only in the final session by Albon and Nato.

Nicholas Latifi took sixth for DAMS ahead of Arjun Maini, who followed up being fastest on Friday by also topping Saturday morning with Russian Time.

In the earlier session, Maini was followed by Nato and Antonio Fuoco, who was making his first appearance of the test for his old GP3 team Trident.

Leonardo Pulcini was ninth in his first session in an F2 car for Campos, before he later crashed into the barriers Turn 3.