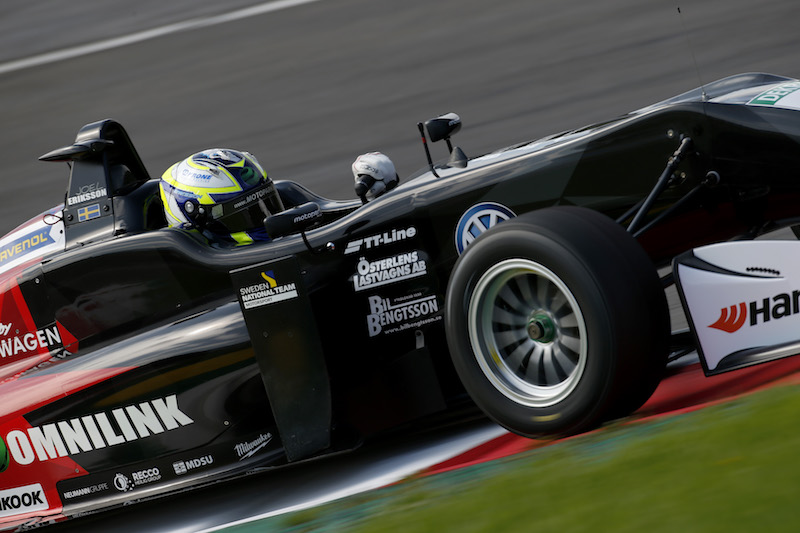 The good news that Charles Leclerc will get his first Formula 1 season next year with Sauber is tempered by the fact that Marcus Ericsson has been handed his fifth.

Ericsson is far from a bad driver, but he hasn’t done anything to deserve such a long opportunity at the top level of motorsport. Meanwhile, Pascal Wehrlein’s F1 career appears to be over after two seasons, and Antonio Giovinazzi is still waiting for his first full campaign.

The hardest thing to stomach is that Ericsson himself doesn’t even bring the money that keeps him in the seat. The Swedish owners bring the money to the team, and rightly or wrongly they want a Swedish driver. There’s a strong argument that it’s wrong to pick a driver based on nationality, but even still, that they stick with Ericsson as their chosen Swedish driver shows ignorance, because there are other options who deserve it more.

One of the best drivers outside F1 right now is Felix Rosenqvist. I have to admit that Formula Scout was guilty of underplaying him when he was in Formula 3, but he’s been exceptional in everything he’s raced since: in Formula E, Super Formula, DTM, GTs and Indy Lights.

It’s amazing that Williams hasn’t evaluated Rosenqvist for its 2018 vacancy. Not only is he over 25 years old, satisfying sponsor Martini’s requirements, but he’s also Lance Stroll’s former team-mate and coach in F3, and thus can be relied upon to help the teenager’s development.

The ‘issue’ of course is that he has no F1 experience, but he’s proven that he’s highly versatile, so this just wouldn’t be a problem. He also has contractual commitments in Formula E, but it’s a damning verdict of F1 and its lack of competitiveness if he wouldn’t consider an offer.

Sadder than Rosenqvist probably never getting an F1 start though is that Joel Eriksson is about to be potentially condemned to a life in the DTM. 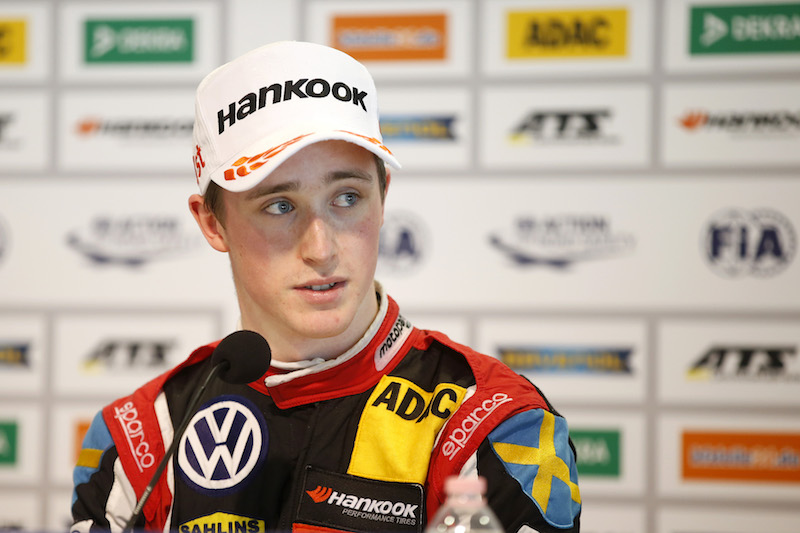 Eriksson is an exceptional talent. He has been as good as the much-hyped Lando Norris this year in European F3, held back only by his lesser-resourced Motopark team struggling in qualifying in the middle of the season. Yes, he was a more experienced F3 racer than Norris, but Norris is hardly short on track time in racing cars.

Yet while Norris is rightly feted as future F1 champion, all but guaranteed to get his chance in the future, Eriksson may never race a traditional single-seater again.

That’s a shame, because he is a brilliant all-round talent. He’s an outstanding racer. Most importantly, he’s mature and tough enough to have a go at F1 already if the chance came up.

It’s important to note that Ericsson was considered a good prospect when he was still in F3. In 2009 he won the Japanese title and claimed pole position at Macau, just like Eriksson did last month, and at the end of the year he even tested for F1’s top team, Brawn.

But he was then poor over four seasons in GP2, and having been given a chance in F1 that he doesn’t deserve, he hasn’t really made use of it. If the Swedish investors want a Swedish driver, they should look for somebody else who can make better use of the opportunity, and fundamentally help the team they own to perform better. Eriksson looks fully capable of that.

Usually the DTM is not a bad place for a driver to end up. It has a grid of exceptional quality. But Eriksson is better than that. He absolutely should be on course for F1. 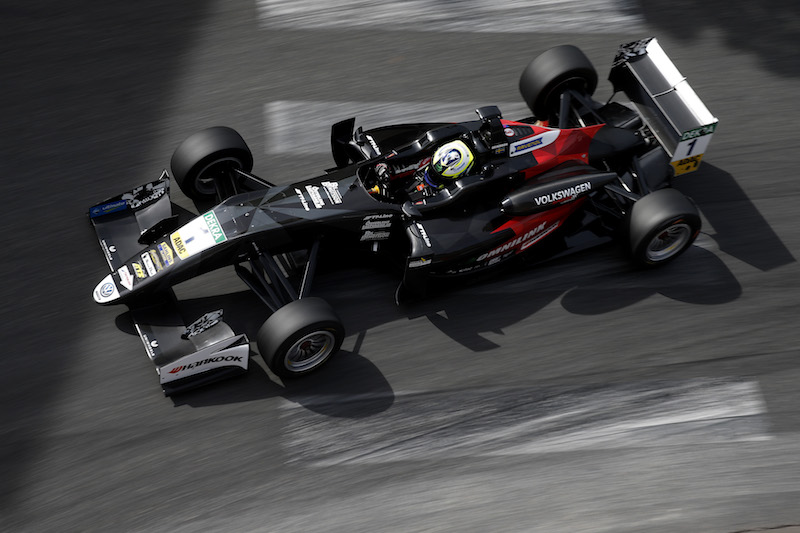 Sadly, he has a lack of finances to make it there by himself, and was snapped up last year by BMW as a junior driver. That’s not the sort of opportunity that can be easily turned down.

The sad irony is he was signed up by BMW having started last season at Motopark alongside two Red Bull Junior Team drivers (Sergio Sette Camara and Niko Kari) who are both now no longer part of the scheme.

If Helmut Marko had seen Eriksson’s potential and taken him on too, he would more likely have delivered on what was expected, and given that Marko is not afraid to take a risk, he could perceivably already be an F1 driver in the Toro Rosso seat that was handed to Brendon Hartley, seemingly out of desperation as much as anything.

It would be a shame if Eriksson can’t do Formula 2 or even GP3 next year to keep on proving his ability. The Eriksson family and their sponsors paid for older brother Jimmy – very much the second best racer in the family – to do three years in GP3 and then one in GP2, although that was not completed. Given Joel’s absence from testing in Abu Dhabi this week however, there doesn’t seem to be much on the horizon and the DTM seems likely for 2018.

If any F1 team did want to give Eriksson a chance, his BMW contract could be seen as an issue, but it’s not insurmountable. As Jens Marquardt admitted to Autosport, BMW knows it is fortunate to have secured Eriksson so early in his career, and doesn’t want to stand in the way of his chance to get to F1, if he has one.

Eriksson can still have a good career with BMW, in the DTM and maybe beyond, but in an ideal world the most talented drivers – if they show it – should get the chance to get to F1.

Instead, he’ll be another talent lost to F1, because those who have the power and the money are too ignorant and conservative to consider him. 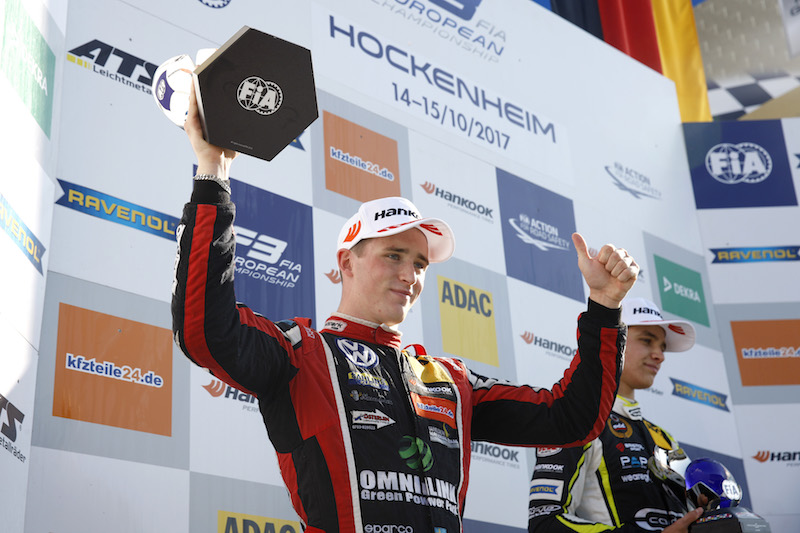