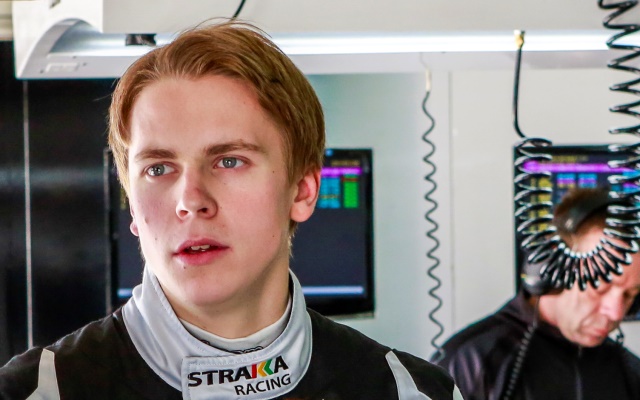 Swedish racer Gustav Malja will make his Formula 3 debut at this weekend’s Pau Grand Prix event for the Eurointernational team.

Malja will take part in the third round of the FIA F3 European Championship in order to gain street circuit experience in preparation for the Formula Renault 3.5 race at Monaco a week later.

The entry list for Pau has Malja in Eurointernational’s second car, which was originally earmarked for GP3 frontrunner Marvin Kirchhofer to race this season before the German pulled out of the deal. Regular Nicolas Beer is listed in the other car, and expected to recover from injuries sustained in a collision at Hockenheim.

?Racing at Pau this weekend is exactly the kind of preparation I need ahead of Monaco,? said Malja.

?I have never driven at a street circuit before, and this will give me some vital experience of that. I?m thankful to Eurointernational for this great opportunity.

“I know that it will be a massive challenge, but my only expectation for this weekend is to learn as much as I possibly can about this unique kind of racing. Having said that, I?m obviously here to explore the limits between the barriers and to give it my all, even though it?s just a one-off in F3. I really, really can?t wait to get out on track on Friday.?

19-year-old Malja’s career so far has seen him spend two years in ADAC Formel Masters – finishing second to Kirchhofer in 2012 – and another two in Formula Renault 2.0 before stepping up to FR3.5 for this season with Strakka Racing. He scored a point on his debut at Motorland Aragon last month.