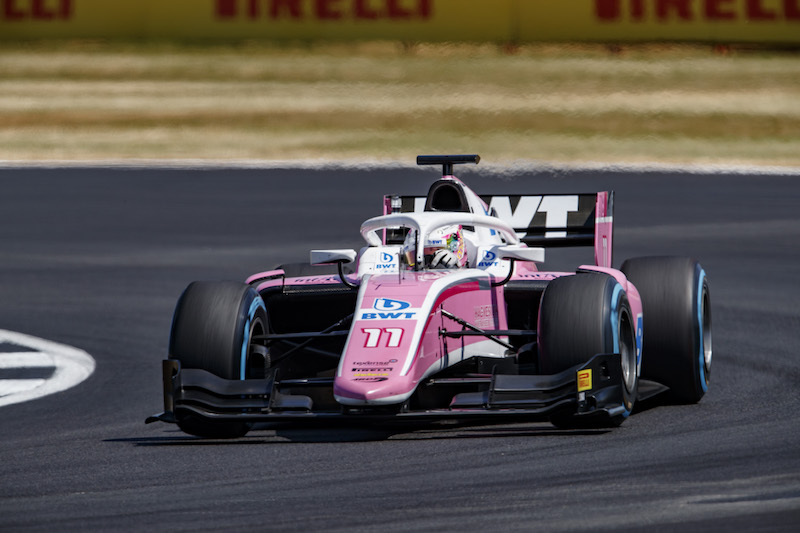 Maximilian Gunther took his maiden Formula 2 win in the Silverstone sprint race as George Russell and Lando Norris charged through the order to join him on the podium at home.

Arden driver Gunther led from lights-to-flag from the rolling start, keeping Prema?s Nyck de Vries at arm?s length before he started to pull away with seven of the 21 laps remaining.

From seventh on the grid, Russell worked his way past Luca Ghiotto, Antonio Fuoco, Louis Deletraz and Artem Markelov in the middle of the race.

On lap 18, he took second away from de Vries at Copse, and began eating into Gunther?s advantage, which now stood at 4.5 seconds.

Russell finished up just half a second behind Gunther, but needed another lap in order to launch an attack.

Tenth-place starter Norris spent the early part of the race battling with race one winner Alex Albon, but was able to move forward once he cleared the DAMS driver on lap six.

After passing Ghiotto, he then came together with Fuoco at Luffield on lap 15, with the contact sending Fuoco off track and out of the race and causing a virtual safety car.

Norris had tried to pass Fuoco around the outside of Brooklands but was forced off track by the Charouz driver, and they banged wheels when Norris tried to rejoin before Luffield.

Carlin driver Norris reported steering damage on the radio but it didn?t slow him down, passing Louis Deletraz soon after the VSC.

He then pulled off an outstanding double pass on Markelov and then de Vries around the outside of Vale with two laps to go to seal third.

De Vries fell to seventh in the end, behind Markelov, Deletraz and Ghiotto, just holding off Albon at the flag.