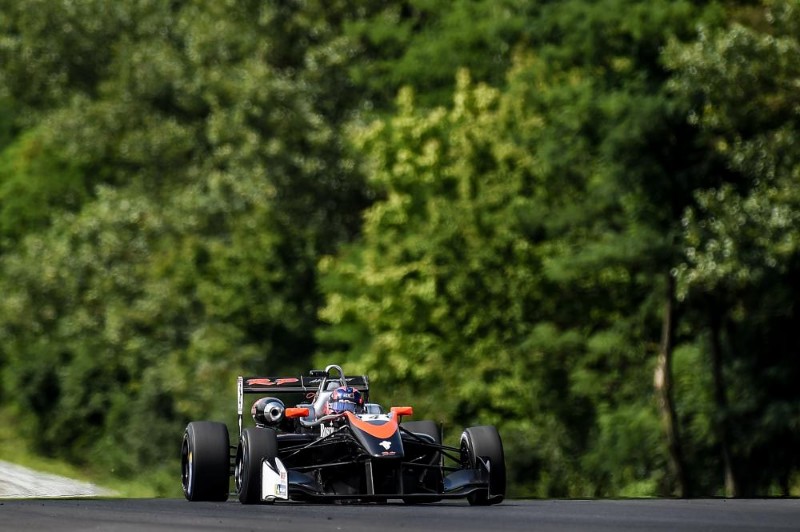 Felipe Drugovich claimed his third consecutive victory sweep with in the second race at the Hungaroring.

The RP Motorsport driver started from second on the grid, but made a better get away than poleman Bent Viscaal and took the lead before the first corner.

From there, he was unchallenged for the remainder of the race. The pair traded fastest laps, but Drugovich ultimately had the superior pace and pulled a five second gap over the Teo Martin Motorsport driver before the chequered flag.

Viscaal finished a comfortable second, nearly seven seconds ahead of the third placed driver. He moves ahead of Matheus Iorio in the championship standings, but lies 93 points behind Drugovich.

After starting from the third row of the grid, Marcos Siebert managed to snatch third from Cameron Das early in the race. Das was able to stay relatively close to Siebert, but still finished two seconds behind the Campos Racing driver.

Iorio came under pressure from Christian Hahn late in the race. The Carlin driver was beginning to build a small train, with Leonard Hoogenboom and Alex Kirkosik not far behind. Hahn ran wide on a number of occasions as he tried to close the gap to Iorio, which would lead to a two-second time penalty at the end of the race.

On one wide moment, Hoogenboom attempted to take advantage and pull alongside Hahn, but the pair made contact and Hoogenboom?s front wing was damaged. He was able to continue, but the loss of the downforce made it hard for him to challenge and he dropped back to ninth.

Iorio took the chequered flag fifth, ahead of Hahn and Karkosik, but Hahn dropped back to seventh after the time penalty.

Lukas Dunner, who fell backwards early in the race and was retrospectively penalised with a time penalty for the first race, took eighth, while Guilherme Samaia managed to hold onto 10th?ahead of Calan Williams.