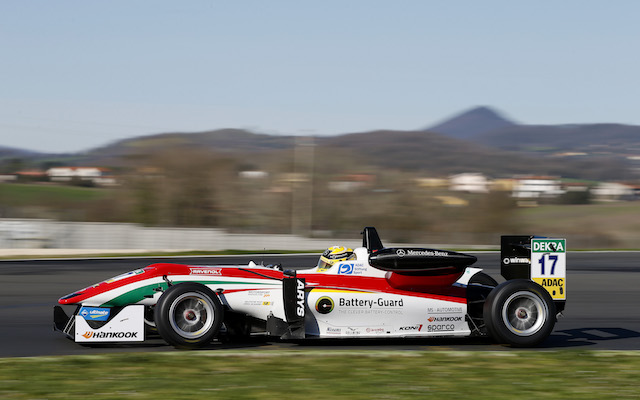 Maximilian Gunther posted the fastest time in the pre-season test day ahead of the FIA Formula 3 European Championship opener at Paul Ricard.

Gunther’s Prema team rarely shows its true pace in testing and that was the case in the two days of running at Vallelunga earlier in March, but Gunther was unleashed in the afternoon to set a time of 1m21.481s.

That was just four thousandths of a second ahead of his former ADAC Formel Masters rival and 2015 team-mate?Mikkel Jensen.

Lance Stroll was just a hundredth off his team-mate Gunther’s pace in third, while?Motopark rookie?Joel?Eriksson was within 0.028s of the German in fourth. Another Motopark driver?Sergio Sette Camara was the last driver?within a tenth?in fifth place.

Completing the top 10 was?Niko Kari, whose Motopark team had continued its strong form with Sette Camara leading the slower morning session ahead of Hubert and Jensen.