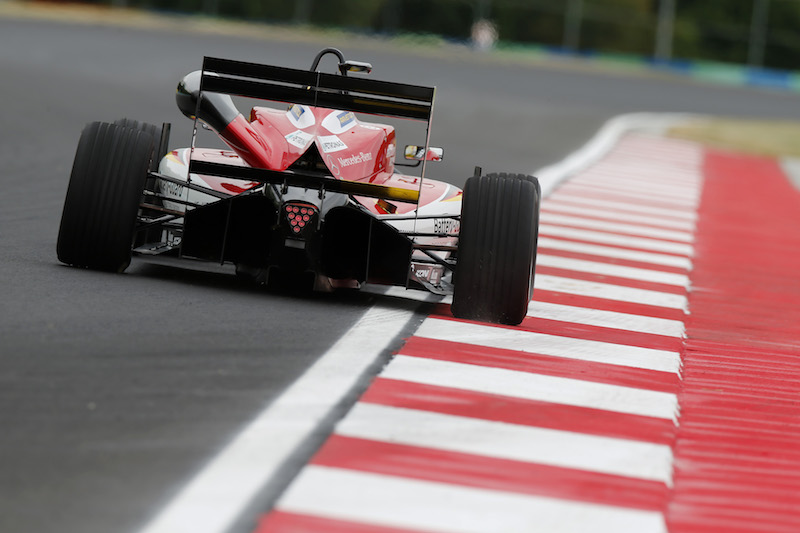 A thunderstorm had threatened to delay the 20-minute session but the rain cleared in time for it to begin as scheduled, and Gunther controlled it from?before the half-way stage.

The Prema driver, who is only two points off the championship lead after his double win in Pau, lowered his time from a 1m50.538s to a best of 1m49.369s he set inside the final minute.

He had a margin over the opposition of up to a second at times, and his final advantage was 0.352s over impressive rookie Joey Mawson, the Van Amersfoort Racing driver?climbing onto the front row with around three minutes remaining.

Hitech’s Jake Hughes leapt from 15th to third at the chequered flag, half a second down on Mawson, and his time was then matched to the thousandth by Jehan Daruvala, with the Carlin driver making it four different teams in the top four positions.

The fifth team, Motopark, was rooted the bottom of the timing screens,?with its new recruit from VAR David Beckmann its best performer in 15th, two seconds off the pace.

While most drivers stayed out for the duration of the session, Eriksson did pit inside the final 10 minutes but couldn’t improve his situation when he resumed, ending up 3.8 seconds down.

Lando Norris, who is tied on points with Eriksson at the top of the standings, was also a surprise struggler during the session, but he did improve after a late pit-stop, ending up seventh.

The other of the championship-contending quartet Callum Ilott claimed fifth, with?Pedro Piquet a strong sixth.

Guan Yu Zhou, Harrison Newey and Mick Schumacher rounded out the top 10, having occupied places in the top three at times.