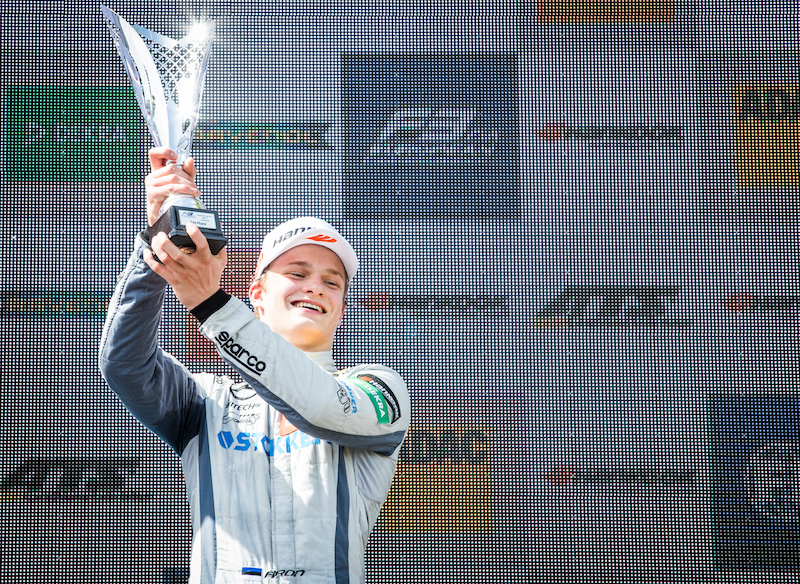 Ralf Aron is confident of following his?breakthrough podium in the Pau Grand Prix with another strong showing in this weekend?s Formula 3 European Championship round at the Hungaroring.

The Estonian had a difficult start to the season following his change of teams from Prema to Hitech over the winter, finishing no higher than eighth over the first two rounds, but on the streets of Pau last month he finished fifth in the first two races before claiming third with an attacking drive in the finale.

The 2015 Italian Formula 4 champion believes the improvement was down to a combination of Hitech making progress with its performance and by managing to maximise the package underneath him on a circuit that played to his strengths.

?Every session we go on track I feel we?re getting the car better and better,? he told Formula Scout.

?We?re changing a lot on the car and trying stuff and we?re starting to find things that work.

?I think the car was really good. I could have done a better job in qualifying, I have to say, and qualifying is really important here but luckily I managed to gain positions in the race and get on the podium.

?I like street circuits and I like circuits that are more old school, not wide and open, and I think the combination is what keeps us getting better

?It?s no secret the Volkswagen is really strong this year compared to Mercedes, but Mercedes I think is pushing really hard as well, and on a circuit like [Pau] it makes less of a difference and we can do more with the driving.?

Aron said he was ?looking forward? to the Hungaroring, with its notoriously twisty, street circuit-like layout and the scene of his maiden F3 victory in 2016.

?I had really good pace there last year and I think I know what to do there.

?We did the [pre-season] test there so we know what the car did there, we?ve changed a lot on the car since then and I think the changes will help a lot there, so I feel pretty confident to be honest.?