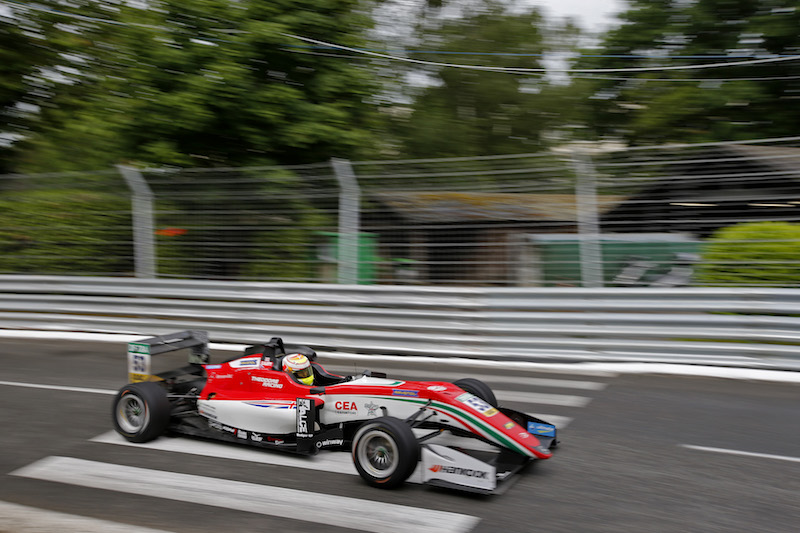 Callum Ilott has put costly errors while leading early on in Formula 3 European Championship races this year down to ?expecting too much? from a car he feels is not as good in the opening laps as his 2016 steed.

Ilott spun out of the lead in the first race of the season at Silverstone in April on the second lap of green-flag racing, and crashed on lap one of race one in Pau last month at the tricky Foch chicane.

Whilst holding his hands up to the mistakes, he explained that he is not finding his car to be as easy to push at the start of a race as his model from last season.

?I took too much risk [in race one in Pau], it wasn?t stupid, just too much risk for what it was,? Ilott, who moved to Prema from Van Amersfoort Racing over the winter, told Formula Scout.

?Through the chicane for the first part I was in a good position, and then I went through the second part and it just slipped as soon as I touched that kerb.

?Race one at Silverstone was similar, and I feel like I?ve lost 50 points just taking too much risk.?

One of the pre-season favourites for the championship, Ilott is fourth in the standings after three rounds, 30 points behind joint leaders Joel Eriksson and Lando Norris.

He feels he can take heart from team-mate Maximilian Gunther?s progress in Pau, where two wins for the German and a retirement each for Eriksson and Norris (when suspension failures caused them to crash at Foch) brought him from 32 points off the lead to just two behind.

?If you look at our results, it?s either been a podium or basically nothing, so it?s not been the way we wanted,? Ilott said.

?I?ve just basically got to get a few consistent weekends.

?I get the results I would need in some other championships but this championship is all about just getting the points.

?I think people have won championships from further behind than I am now.

?Obviously it?s a difficult year, Lando?s very strong, my team-mate?s pushing me a lot and they?re all a little bit ahead of me but I think as Maxi?s proved, it only takes one good weekend to sort of bring yourself back up.?