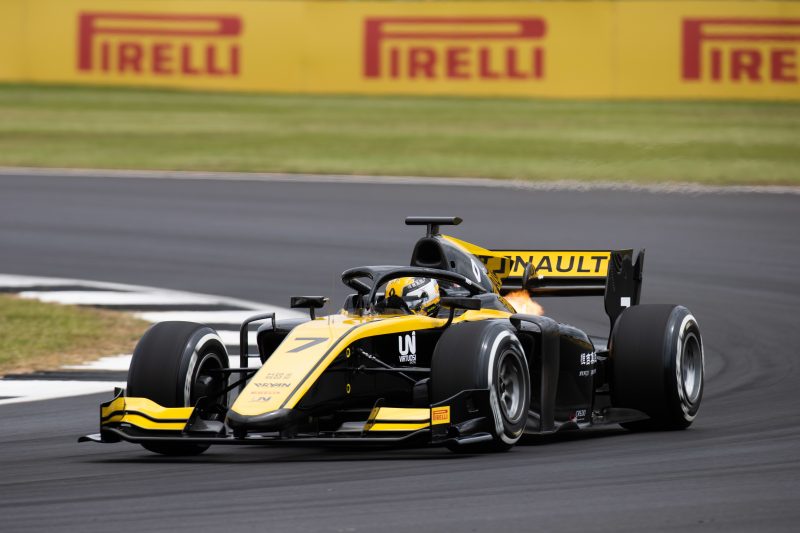 The two team-mates battled with the DAMS duo of Sergio Sette Camara and Nicholas Latifi, with just 0.021 seconds separating the quartet after the first runs.

Sette Camara had led Latifi by 0.008s after the opening flying laps before the Virtuosi drivers were the only frontrunners to improve on their second attempts – Ghiotto edged Sette Camara by 0.001s, only for Zhou to then beat his time by 0.012s.

On the second set of tyres at the end of the session, Zhou improved on his own benchmark by 0.316 seconds, with Ghiotto falling short by 0.228s.

Zhou would back out of his second and final flyer on those tyres, but while Ghiotto persevered he dropped time in the final sector and had to settle for second.

The DAMS pair couldn’t improve on their second set of tyres and will, therefore, share the second row, with Sette Camara ahead of Latifi.

Jack Aitken was best of the rest after the first runs but couldn’t improve on his second set despite a rapid middle sector. That led to him slipping to eighth, with Louis Deletraz, Callum Ilott and championship leader Nyck de Vries all getting ahead.

Seventh for de Vries marks his worst qualifying performance of the season, and the first time he’s failed to qualify within the top four.

Mick Schumacher qualified outside of the top 10 for the first time in his rookie season. The Prema driver held 10th after the first runs but then headed out early for his second run, only to encounter slow traffic during his flying lap. As a result, he didn’t improve his time and was shuffled back to 13th.

Sato back on top in second Euroformula Open free practice