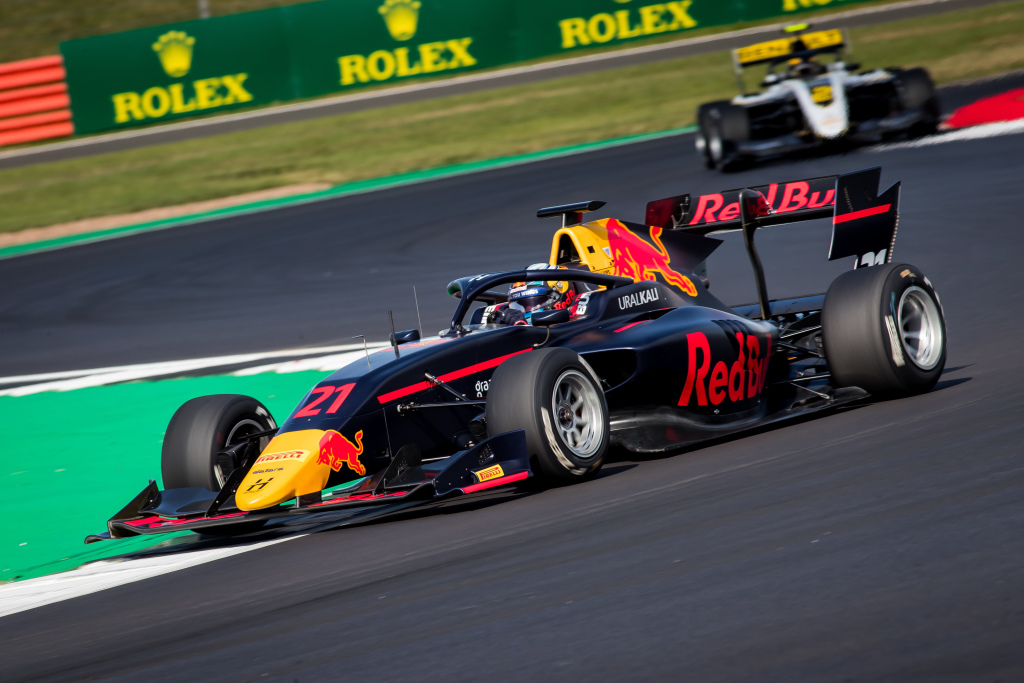 Armstrong went four tenths clear of Vips at the top of the times in the first half of the session, before fellow New Zealander Liam Lawson stayed out on a clear track to leap from 26th to second place.

With all the cars back out on fresh tyres at the end of the session, Niko Kari deposed Armstrong from top spot with four minutes left on the clock, before Hitech driver Vips then went quickest.

Armstrong was unable to improve instantly after going off onto the grass on the exit of Becketts, but fought back at the end of the session to go fastest after Pedro Piquet and championship leader Robert Shwartzman had both briefly taken turns on top.

Vips had the final say though, the Red Bull junior posting a 1m43.902s to deny his long-time rival Armstrong by 0.096s.

Prema briefly held the top three places before Vips’ pole effort, with Jehan Daruvala separating Armstrong and Shwartzman before the latter was pushed back to sixth by late improvements from Christian Lundgaard and Leonardo Pulcini.

Having been pushed back outside of the top 10, Lawson came back to take seventh in front of Piquet. That comfortably marks his best qualifying in the series so far, with 15th his previous best.

Fabio Scherer – whose best FIA F3 finish so far is 15th – went second in the closing stages on a circuit he claimed European F3 pole on in 2018, and ended up ninth, with Yifei Ye edging Jake Hughes by 0.001s for 10th.

Kari ended up 12th in front of Lundgaard’s ART team-mates David Beckmann and Max Fewtrell. Raoul Hyman rounded out the top 15, with his personal best of the season.