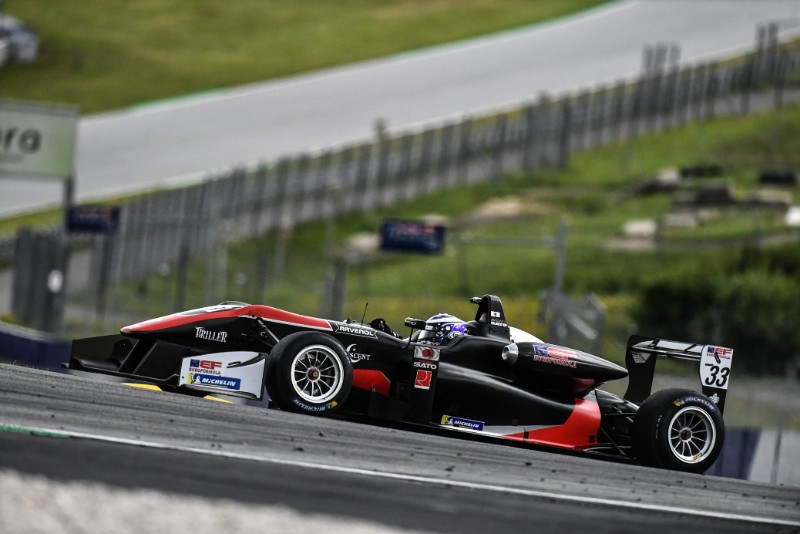 Continuous track limits abuse through the final corner of the lap by most of the drivers meant laptimes were frequently being deleted and the order was changing by the second.

Sato was one of the more frequent culprits for this, but radio issues meant he was not fully aware that he was in 11th place for much of the session after several of his laps were deleted.

In the end he was able to take pole, becoming the first driver of the weekend to lap in the 1m23s in the process, and ended up 0.096 seconds ahead of Hanses.

Carlin filled the second row of the grid with Christian Hahn and Billy Monger. Both were fast enough to take pole but also punished for track limits violations. Regardless, it was the pair?s strongest qualifying showing this season. Their team-mate Nicolai Kjaergaard was beaten to fifth by Calan Williams, impressing in the sole Fortec Motorsports car.

Home favourite Lukas Dunner was another who had his best times taken away, and had a suspension-bruising moment at Turn 7, leaving him?a lowly 10th for Teo Martin Motorsport.

The top 11 were covered by less than a second and completed by Motopark?s Cameron Das, with Pierre-Louis Chovet (RP Motorsport), Aldo Festante (Teo Mart?n) and Rui Andrade (Drivex School) filling the final spots on the grid.