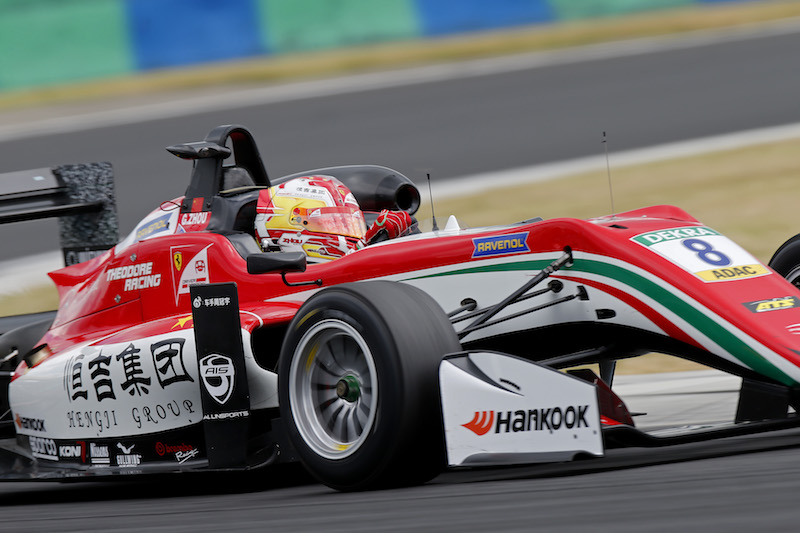 Ferrari protege Guan Yu Zhou will stay in the Formula 3 European Championship for a third season in 2018, and remain with Prema for a second year.

The Chinese driver, who finished eighth in the 2017 standings, had been linked a step up to F2 for this season but will instead remain in F3.

He will be one of three Ferrari Driver Academy members in Prema’s F3 line-up, alongside rookies Robert Shwartzman and Marcus Armstrong.

He will also be reunited with his ex-Formula 4 team-mate and rival Ralf Aron after the Estonian rejoined the squad.

?Zhou is definitely an interesting prospect and has a lot of potential not to mention being the best Chinese racer in junior single seater competition so we are excited to have him back for 2018,” said team boss’s Rene Rosin.

“Last season he produced great racing but we are sure he can perform even better so we can?t wait to see him back on-track.?

Eighteen-year-old Zhou said: ?I am really happy to be joining Prema for the 2018 season.

“The last two years of work have paid off for me and the team has been successful too, so I?m looking forward to a great year together, I feel more than ready for the coming season.?

Prema confirmed it will expand to run five cars this year, with Mick Schumacher almost certain to occupy the final seat.