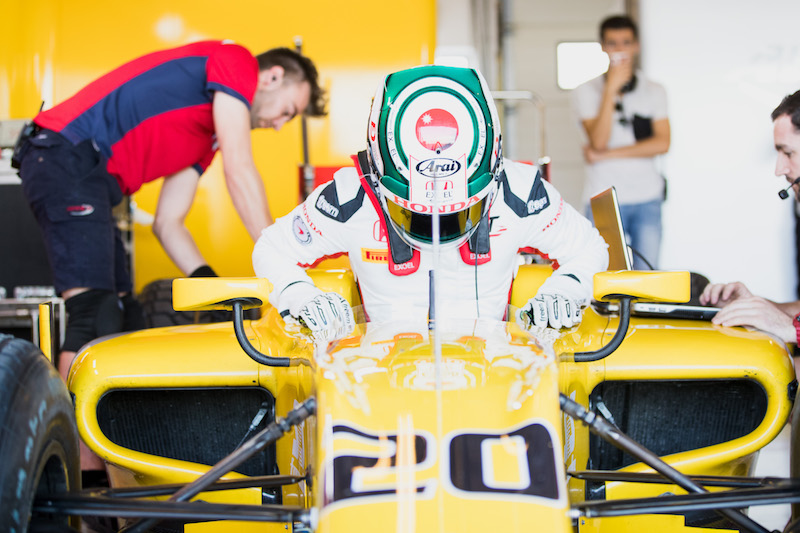 Nirei Fukuzumi will race in both Formula 2 and Super Formula in 2018 as he steps up from GP3.

The Honda protege, who finished third in GP3 last year, will race for Arden in F2 after testing with the team in Abu Dhabi in December with the outgoing GP2/11 car.

He will also drive in Super Formula, taking the place of Toro Rosso Formula 1 driver Pierre Gasly at Team Mugen.

Both that development and his place at the Christian Horner-owned Arden team come alongside speculation that Fukuzumi will link up with Toro Rosso owner Red Bull going forward, following its engine supply deal with Honda.

The Barcelona, Monaco and Silverstone F2 rounds are currently all set to clash with Super Formula events, with no confirmation from Honda as to which series Fukuzumi will favour.

Fukuzumi has been joined in Honda’s Super Formula line-up for 2018 by ex-F2 racer Nobuharu Matsushita.

After three seasons in GP2/F2 with ART Grand Prix, which yielded three sprint race wins and sixth in the 2017 standings,?Matsushita will race for the Dandelion team, taking the seat occupied by his former team-mate Stoffel Vandoorne in 2016.