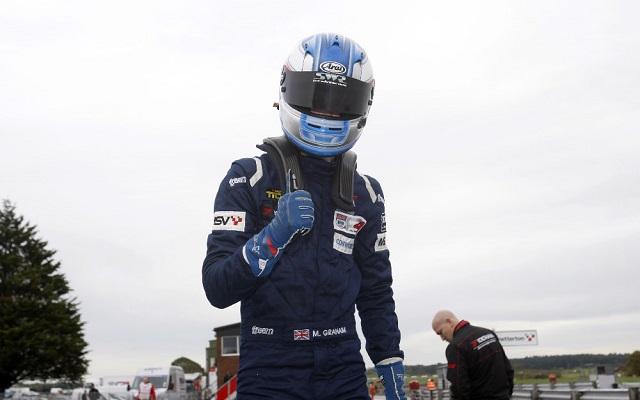 The qualifying began in tricky weather conditions, as the drivers were faced with a difficult choice between slicks and wet tyres. Most of the early stages of the session were led by Falco Wauer, who picked the latter compound, but the scales decisively tipped in favour of dry tyres in the final ten minutes, allowing Graham and others to take the initiative.

Despite the unpredictable track, it was mostly a two-man game for pole, with Graham and Fielding one-upping each other. Eventually, the former settled into first and held on to the lead with a great last-gasp lap.

Kieran Vernon briefly slotted into second at the flag, but was almost immediately demoted to row two by Fielding. Brazilian Pietro Fittipaldi, who was among the backmarkers for most of the run, wound up securing fourth with a strong last lap.

Title contender Jake Cook settled for fifth, ahead of Matteo Ferrer, Wauer and recent maiden race-winner Will Palmer. Dimitris Papanastasiou, Malgosia Rdest and Fredrik Johansen will round out the grid.