In a new regular feature on PaddockScout.com, we look at the drivers who had a week to remember or one to forget…

While our roundups bring you at the results from the weekend, PaddockScout is all about the drivers involved. This new feature should give us the chance to take a look specifically at the drivers doing well and those that aren’t.

Bianchi (above, centre) was the hottest property around when he dominated the F3 Euro Series in 2009. Since then he’s had a mixed time, occasionally showing that ability we know he has but also all-too-often messing it up. Silverstone saw him win a race, take a pole position and close in rapidly on the title fight as rivals Robin Frijns and Sam Bird were hit by misfortune in one of their two races. It could have been even better had he not messed up his pole position start in the second race.

The Dutchman was a surprise addition to the grid for the weekend’s FR3.5 races at Silverstone. But even more surprising was when he crossed the finish line in third place at the end of his first race in the category. Okay he may have lucked into it slightly with the British summer catching more than a fair share of the drivers out, but it was once again a case of him showing extremely well in difficult weather conditions – just as he had in the GP2 races at Silverstone and Hockenheim. After a quiet start to the year, his stock continues to rise. 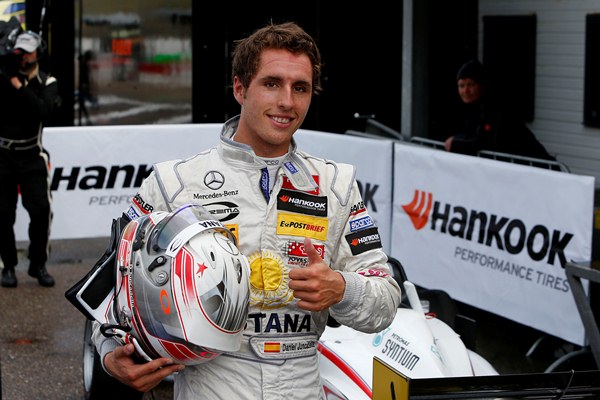 Juncadella’s 2012 campaign hasn’t been overly impressive – particularly so when you compare it to former teammate Roberto Merhi’s 2011 season, when he obliterated the opposition in what was his third year in F3. Sixth in the first race last weekend at Zandvoort was hardly title-winning form either, but a second place in the reverse grid race was followed up by a convincing win on a drying track in race three – even if he had benefited from two of his teammates taking each other out at the start and also from making the correct call to start on slicks. Having outscored his nearest rivals, he edges closer to the crown.

The Portuguese driver seemingly can’t do any wrong since his hiring by Red Bull. Under-performing against his potential when he was signed up, I was doubtful at the time that he would be the answer to Arden Caterham’s problems, but I’ve been proved wrong. The team are now on the pace and Antonio capitalised with a fifth and a second – the latter coming after a fine double-pass on none other than Bianchi and Frijns. He’s counted himself out of GP3 title contention – but don’t bet against him just yet over the next two weekends.

Tipped to be amongst the title favourites in F3 pre-season, Rosenqvist has been something of a letdown up to now in 2012. The Swede boosted his reputation as a bit of a Zandvoort specialist, finally claiming his first win of the year in the opening race of the weekend at the scene of his shock victory in last year’s running of the Masters of F3 classic. However, he was once again beaten by his rookie teammate Pascal Wehrlein in race three as the Mucke pair fought over the final podium spot. 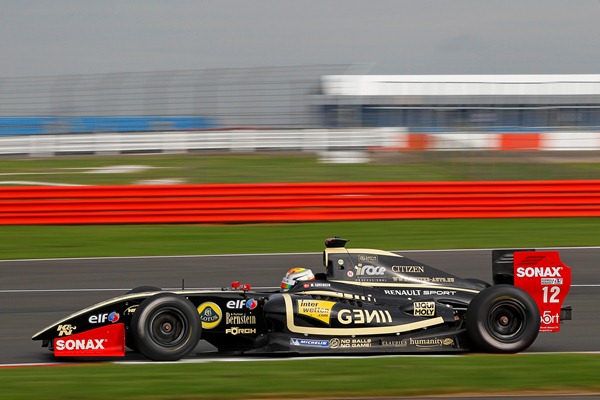 One of eight drivers to get stuck in the car park at Luffield in race one at Silverstone, Sorensen’s weekend looked up when he dived into the lead at the start of race two. Despite a malfunctioning DRS he was looking set to join the list of two-time winners in FR3.5 in 2012 before he suffered a puncture that sent him off the road with the clock having already ticked down to zero. Although he’s once again impressed with his pace, his continuing bad luck will make his end-of-season position in the standings not-so-impressive.

The Ferrari protege barely put a foot wrong earlier in the year but has been struggling lately. Fourth in the first race at Zandvoort was OK (he beat all of his title rivals) but he ended up only 13th in race two after being pushed into the gravel at the start by teammate Michael Lewis, and there was more friendly fire at Prema in race three when he ran into a slowing Sven Muller at the start. Neither incident was his fault, but he’s now nearly 40 points adrift of Juncadella with two weekends remaining.

Following Pascal Wehrlein’s breakthrough the weekend before at the Nurburgring, it seemed like it might be the turn of fellow German rookie Muller at Zandvoort when he got a maiden double pole in qualifying. He was beaten off the line and to victory in the opening race by Rosenqvist, so he must have been happy when race three started behind the safety car. He made an awful mess of it though, seemingly slowing down as he crossed the line to ensure he didn’t pass the safety car and consequently being rammed into by teammate Marciello. He was visibly and upset afterwards, and will need to be strong to bounce back in the remaining races of 2012.

Being Danish was something of a curse in Silverstone it would seem. Magnussen became the first man to get three pole positions in FR3.5 2012 on Saturday, and although he nailed the start to remain in the lead he was caught out by the mixed conditions on lap two, going off into the barriers at Becketts. Electrical gremlins then forced him to retire from race two, resulting in a double non-finish for the Carlin man. Now eighth in the points, he’s dropped further out of contention for a top placing. 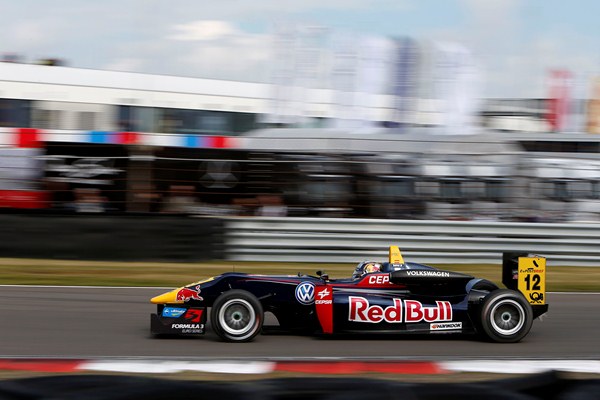 Sainz’s primary concern of 2012 – the British F3 series – hasn’t gone brilliantly for him. But he’s had an even tougher time in the Euro Series, particularly in recent rounds. Already off the pace in qualifying at Zandvoort, he then made matters worse by jumping the start and ending up with a third drive-through penalty from as many races. The short race two prevented him from progressing into the points, and he finally picked up a P5 by just about staying out of trouble in race three. He’s now a lowly seventh in the standings, and Helmut Marko isn’t known for his patience.