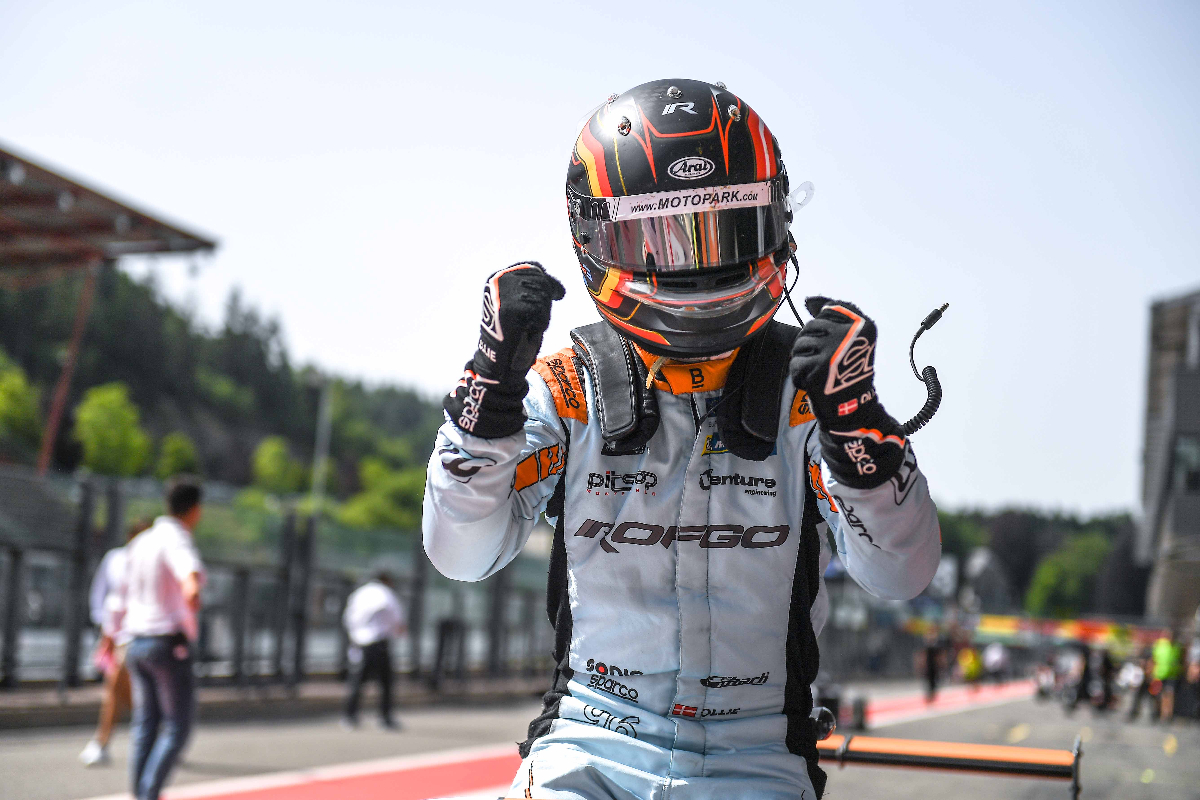 Euroformula points leader Oliver Goethe has already stamped his authority on the Hungaroring race weekend before it even begins, having topped pre-event testing by over half a second.

Goethe started Thursday’s action as the second fastest man, behind BVM Racing’s Francesco Simonazzi. The penultimate lap in session one from Simonazzi had put him 0.136 seconds ahead, with the top five cars within a second of each other while the returning Drivex School team was more than two seconds off the pace and Effective Racing returnee Vladimir Netusil and Motopark’s Frederick Lubin only set one lap each.

There were red flags waved very early in session two, and it took a while before drivers returned to track. Simonazzi and Goethe again filled the top two places, although not at a representative pace, but once the laptimes being posted were reflective of each team’s actual speed it was Goethe ahead by 0.545s from CryptoTower Racing Team’s Josh Mason.

Simonazzi and Drivex’s debuting Benjamin Berta failed to improve on their session one pace, while Netusil was absent.

The fastest lap of the day came in session three, as Goethe broke into the 1m34s and left everyone in his wake. He was 0.533s faster than CryptoTwer’s Christian Mansell, and Simonazzi was again second for a while but sank to sixth place and more than a second off the pace.

Ending the day was a slightly slower session, but once more Goethe topped the times and was 0.545s clear of CryptoTower’s Vlad Lomko, who himself was just 0.052s ahead of Mason.

This time Netusil did more proper running, as did the Drivex duo, but remained several seconds back from Goethe’s laptimes.