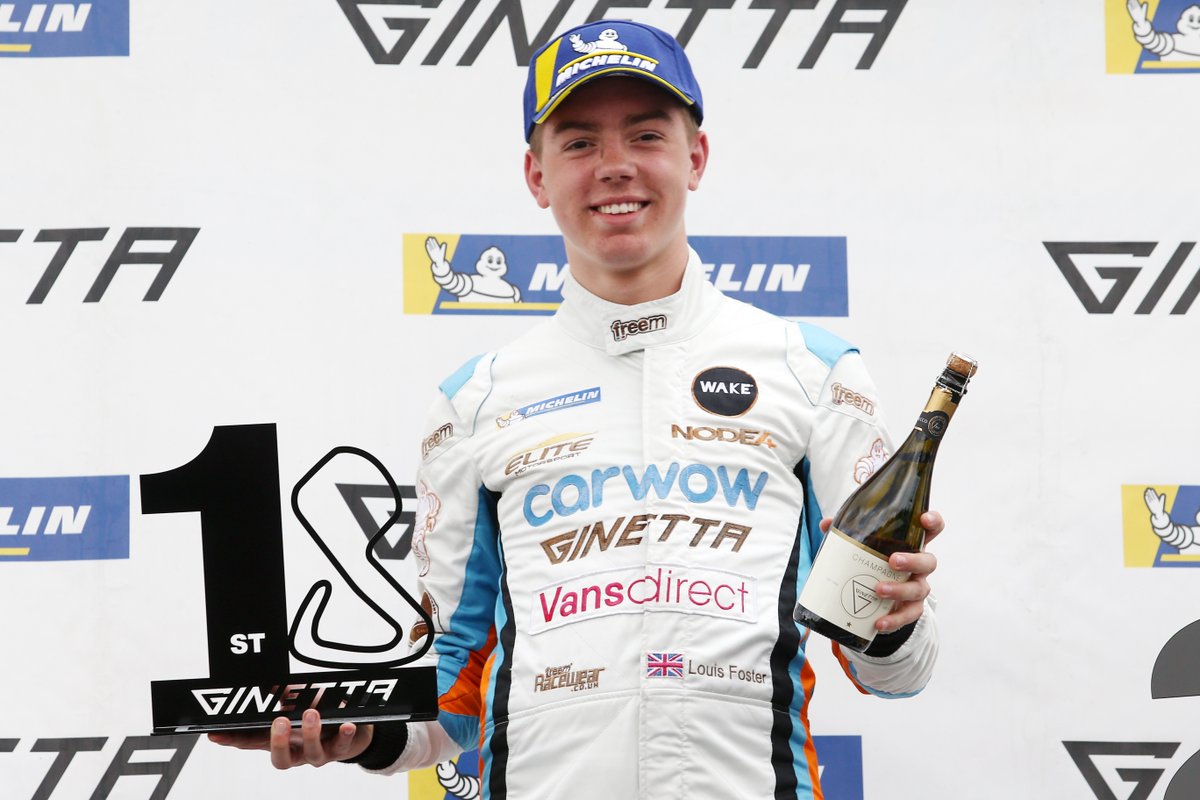 Foster, 15, finished a close second to Adam Smalley in the Ginetta series last season despite it being only his first full campaign in cars.

Ahead of his move into single-seaters, Foster joined the MB Partners management group of former Formula 1 driver Mark Blundell at the end of 2018.

“The team are proven winners and have all the capability of delivering a championship winning car.

“Seeing how successful they were last season in F4 and in F3, it fills me with a lot of confidence as I make my debut in single-seaters.

“Making the step from Ginettas to F4 is going to be a tricky one, but I?m confident in my abilities and with the expert guidance of the Double R team there?s no reason we can?t be fighting at the front this season.”

Foster is the first British F4 driver confirmed for the upcoming season with Anthony Hieatt’s team.

“We were super impressed with his performances in Ginetta Junior last year and have no doubt he?s going to be an incredibly competitive driver in his first season in British F4 with us,” said Hieatt.

“Obviously, last season was fantastic for Double R winning both the British F4 and BRDC British Formula 3 titles and we?re determined to battle every bit as hard again this year.

“Louis is a great young prospect and we?re delighted he?ll be racing in Double R colours in 2019.”