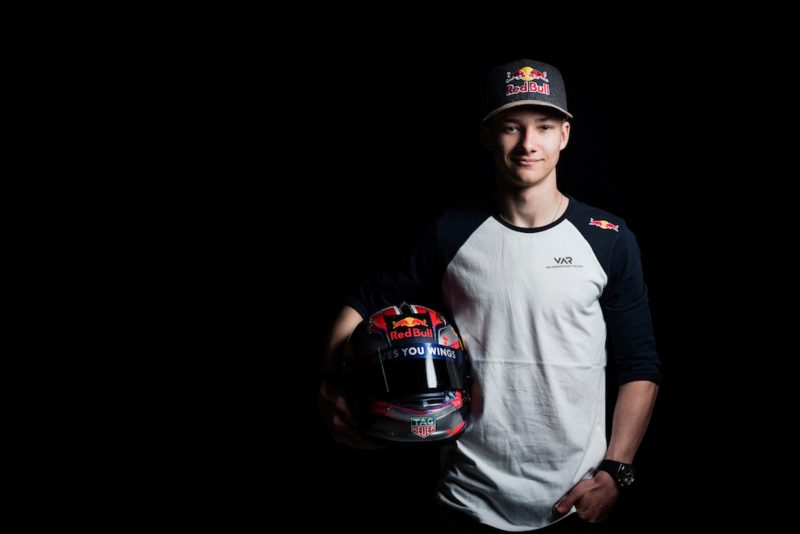 Red Bull junior Dennis Hauger will remain in Formula 4 for a second season, but will switch from British F4 to a dual ADAC and Italian campaign with Van Amersfoort Racing.

The 15-year-old stepped up to cars last year as reigning German Karting champion, and won four times on the way to fourth in the British F4 standings with Arden. That was enough for the Norwegian to retain Red Bull backing for a second season.

?Even though I know it will be anything but a walk in the park, I am very excited to take on the challenge of racing the two toughest F4 championships out there,” said Hauger, whose aim is the title.

“Van Amersfoort Racing proved to be able to give me a car with which I can win races, and that?s what I intent to do. Knowing VAR?s level of in-house expertise, I look very much forward to working together, aiming for a great race season!?

?Despite the fact that he still has to turn 16, Dennis has a level of maturity not often seen at this early stage,” added VAR CEO Rob Niessink.

“He clearly has already shown what he is made of and we can?t wait to have our team work together with him on a great year of F4 racing. We for sure will give him all the support he needs in order to be successful!?

The team has also signed Israeli Ido Cohen, who drove for Mucke Motorsport last year, for a duel campaign. The 17-year-old is part of the ADD Management stable that supports the like of Lando Norris, Sacha Fenestraz and VAR team-mate Niklas Krutten.

Going up against the VAR trio in Italy will be Umberto Laganella, who has signed for Bhaitech.

The Italian drove for Cram Motorsport in his rookie season last year, finishing 15th in the standings with five points finishes. Bhaitech ran Leonardo Lorandi to a close second place last year, and won the 2017 teams title, the only time an outfit other than Prema has been triumphant.