Home Featured Ghiotto on his Monza return, and the challenges of making a F2 cameo
FeaturesFormula 2 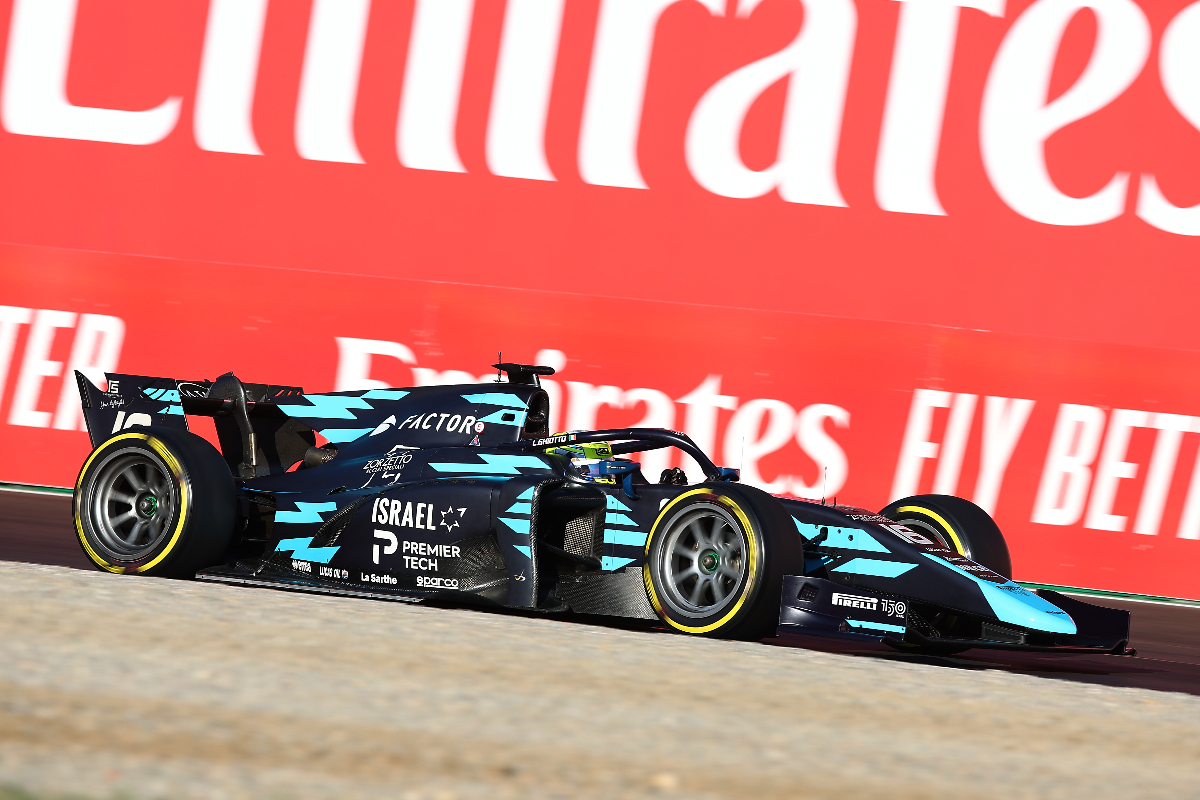 Luca Ghiotto made a surprise F2 return at home track Monza to replace the banned Roy Nissany at DAMS. In light of two more drivers making cameos this weekend, he talked about his stand-in experience

The substitution was always going to be a challenge given that there was very little time for the Italian to prepare as Nissany had only been sanctioned at Zandvoort the previous week. Despite five seasons of experience GP2 and F2, Ghiotto qualified 18th, 1.213 seconds off pole, and finished the sprint race in 13th. He had driven all sessions with the aim of being the best prepared possible for Sunday’s feature race. However, a lap one accident meant he wouldn’t see the chequered flag.

Ghiotto, who now races in GT World Challenge Europe and caught up with Formula Scout in the Sprint Cup paddock, said the idea of the cameo started “by a joke” but was “an easy decision” to make at the same time, detailing the reasons behind the return as well as the difficulties he faced after almost two years away from F2.

“[Gianpaolo] Mateucci, who is the manager of Nissany, we know each other since a long time, we also worked together in the past and we have a really good friendship, and even now we still help each other a bit sometimes,” Ghiotto explained.

“Let’s say that for anything we always contact each other, and we started talking about this on Monday morning just as a joke and it actually happened. That’s why I say it was almost just a random thing. I just asked, and he said he was thinking about me, and then it happened quite quickly.

“I think at the end it happened perfectly for me because I had one week at home between Hockenheim and here [Valencia], which was perfect. It was easy also logistically and everything, so I think also on that side probably it easier to have me in the grid than someone else coming from far away.

“For the fact that it was Monza made everything quite clear on the decision,” the Italian affirmed. “Probably I would say if it was not Monza, I’m not sure I would have said no, but the decision would have been a bit more 50/50. 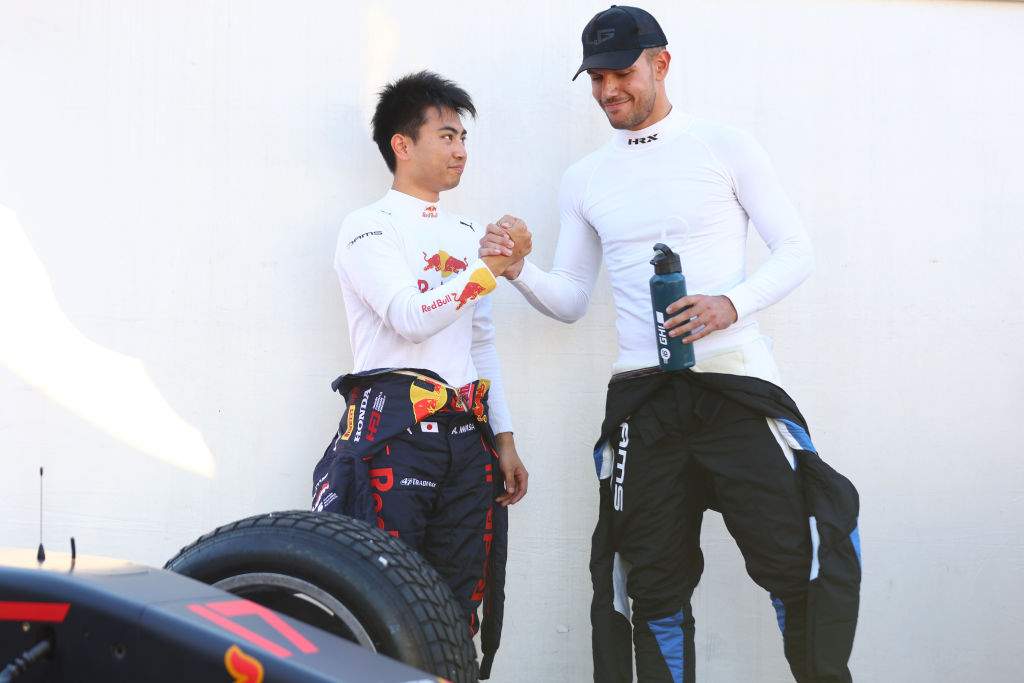 F2 is limited on track time — there’s 45 minutes of practice and a half-hour qualifying session before the two races— making it a “tough series” according to Ghiotto. However, a damp track at the beginning of practice helped the Italian get up to speed.

“Free practice actually was not too bad. I was P13, and it was much better than I expected. The fact that it was a bit damp helped me a bit to get into the rhythm because normally you always need to cool down the tyres. It’s a bit of, let’s say, an specific thing on managing the tyres in practice and qualifying, and the fact that it was damp made it possible for me to push more laps in a row, which was good for the confidence,” Ghiotto explained.

“So, it was good, but then in quali I could feel this was missing. I didn’t do this, I didn’t warm up those tyres for a long time, so it was tough.

“I thought qualifying was going to be worst part or the most difficult part of the weekend, and it actually was. When you are not used to the carbon brakes and to warm them up, you need to warm the tyres yourself, and they are tyres with a really small operating window, so even if you try your best to heat them up, then maybe they are not on the good window, so they are not working well. At the end, this is what really made qualifying difficult. It’s not such an easy thing that you just click and go.”

That difficulty is not neccessary a reflection of Ghiotto’s absence from F2 or his abilities, because DAMS has notably struggled on tyre warm-up in F2 since the 18-inch tyres were introduced in 2020.

“I think the races started to go better. The sprint race was good, I had the fastest lap for a long time, the pace was okay, I didn’t risk too much on the overtakes. I was really using the whole weekend to prepare myself for the feature race, which didn’t last long unfortunately.” 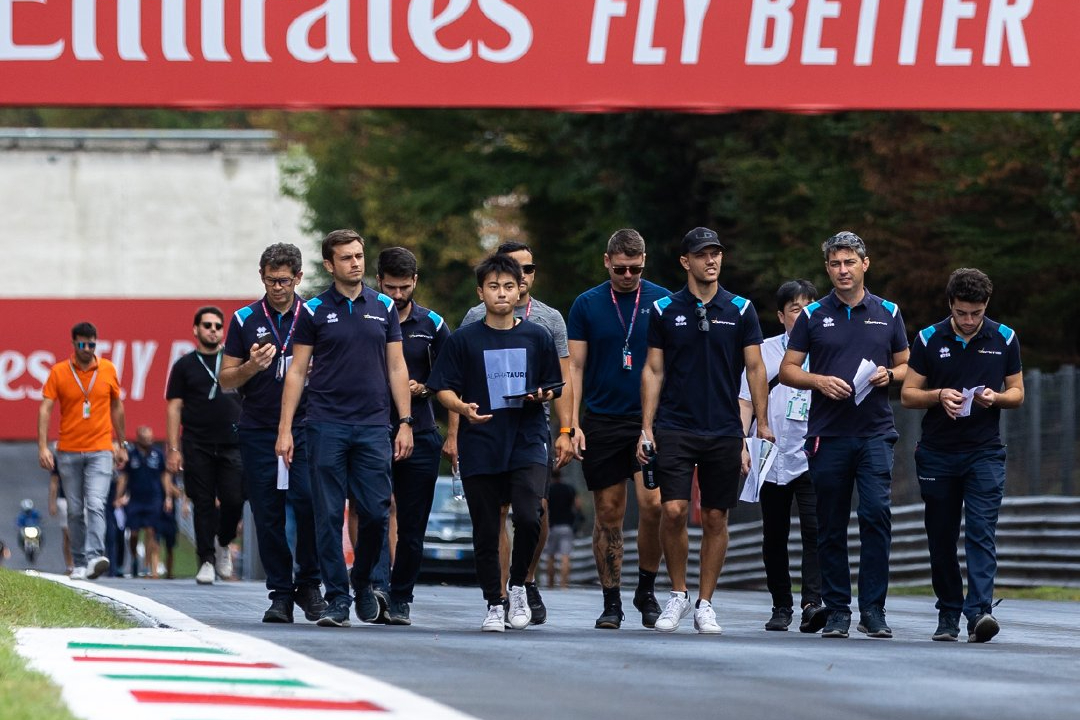 An accident at the exit of the first chicane brought Ghiotto’s feature race to an early end. He collided with ART Grand Prix’s Theo Pourchaire as he tried to avoid Campos Racing’s Olli Caldwell, who had slowed down because the former was stopped on track as a result of a previous contact with Ralph Boschung.

“It was frustrating for sure,” expressed Ghiotto. “I went to Monza with no expectations because it was a long time not competing there, but at the end when you are a competitor, it doesn’t really matter the sport you do, the competitive side you have in your body always comes out sooner or later. Even if you go to a place and say ‘okay, I don’t know what to expect, I don’t know what I can do’, at the end, for sure, there is one moment where your mind starts to think ‘okay, I want to do well, it doesn’t matter if I have not raced here for two years or whatever’.

“Actually, after the sprint race, where the pace was good, I was really looking forward to the feature race. I felt, I’d say, ready. We worked well as a team with DAMS on the car to improve a little bit the car from the sprint race, where we struggled both me and [team-mate Ayumu] Iwasa a bit at the end of the race with the tyre drop, and I felt really that we could have a good chance. At the end, I don’t know what could have been, but for sure I think it was the best moment of the weekend for me to do something good.”

Asked about how much of a challenge driving an F2 car again had been, Ghiotto said that he “expected it a bit tougher on a few things”.

“It’s such a different car to what I’m used to driving now [GT3], much faster, and Monza is probably the place where you really feel it the most. I expected it a bit more difficult to get used to the speed straight away, but actually it felt quite natural again. That surprised me because honestly I felt like it was going to be a bit more… it took a bit of laps for me get used to the speed on the straight and on the corners and everything, but it actually felt quite okay straightaway from the beginning.”

There will be similar challenges this weekend for Juan Manuel Correa and Zane Maloney, who are the next two drivers to cameo in F2. Correa is making his return after an even longer absence of three years, while Maloney is debuting, but both are coming from a more similar environment of FIA Formula 3 than GT3 sportscars.