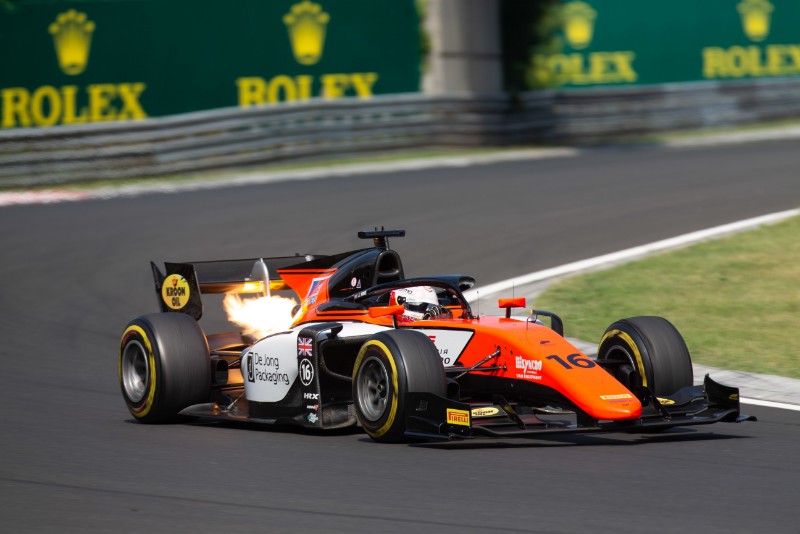 Luca Ghiotto and Jordan King will regain their original finishing positions from the Formula 2 feature race at the Hungaroring after penalties for a safety car infringement were overturned.

The race finished under safety car conditions when Trident’s Ralph Boschung spilt oil on to the track, and Virtuosi Racing’s Ghiotto and MP Motorsport’s King finished fourth and sixth.

They were both penalised five seconds almost immediately after the chequered flag when it was revealed they did not set the minimum delta time determined by their car’s ECUs. Between marshal sectors seven and eight, they were both more than one second under the minimum time.

The penalty dropped the pair to sixth and seventh, but following a post-race hearing they have been reinstated in the positions they finished the race.

After reviewing the evidence, the stewards discovered that four cars were running closely together, in a high-speed area of the track, prior to the incident. This would have made slowing to the delta time more difficult than it usually would be, and this Ghiotto and King have now been handed written reprimands instead.

Ghiotto’s fourth place means he moves back past DAMS’ Sergio Sette Camara into third in the standings, while King’s alternate strategy run which left him leading much of the feature race now earns him 10 points.

The removal of the penalties mean Sette Camara is now classified as finishing fifth in the feature race, with Carlin’s Nobuharu Matsushita pushed back down from fifth to seventh.