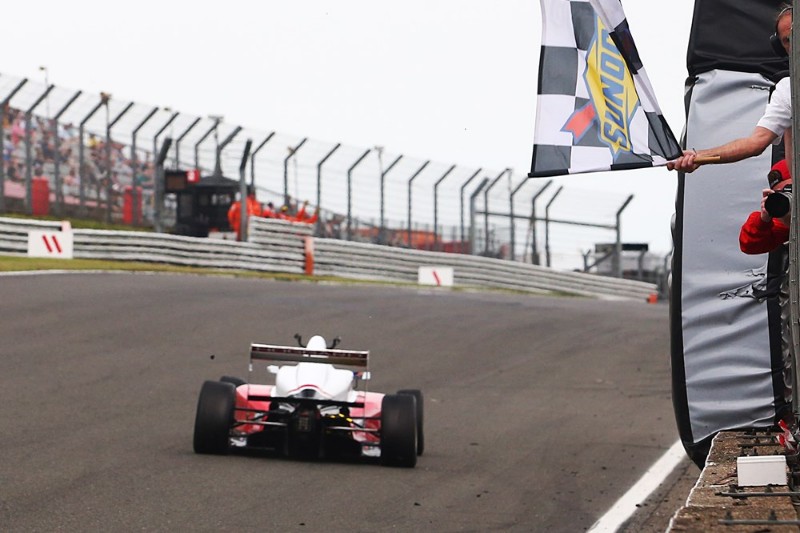 Fortec Motorsports’ Johnathan Hoggard grabbed his fifth win of the BRDC British Formula 3 season with a lights-to-flag performance in the opening race at Brands Hatch.

Hoggard got off the line from pole well and was leading Douglas Motorsport’s Kiern Jewiss by just over a second by the end of the first lap.

The gap between the front two increased over the next few laps and stayed between two to three seconds for the majority of the race, until Jewiss started to close in during the final five laps of the race.

He reduced Hoggard’s lead to a second by the final lap, but could not challenge his fellow British Formula 4 graduate for victory.

Novalak’s Carlin team-mate Kaylen Frederick rounded off the top five at the chequered flag, with no changes for position being made in the top five throughout the race.

Hoggard’s team-mate Manuel Maldonado was able to get by Douglas Motorsport’s Ulysse de Pauw during the race to take sixth place, with De Pauw settling for seventh.

Hampus Ericsson was the biggest riser as the Double R Racing driver – who started from the back of the field after a crash during qualifying – rose up to 12th by the end of lap 14.

Kris Wright (Fortec Motorsports) and Pavan Ravishankar (Double R Racing) will make up the front row of the reversed grid for race two on Sunday morning.