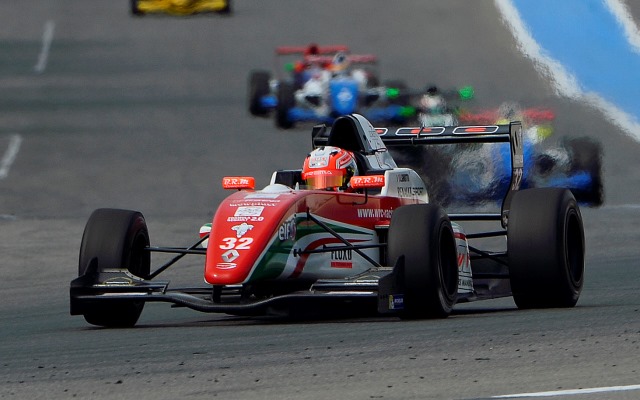 New championship leader Pierre Gasly struck another blow to title contender Oliver Rowland, qualifying in fourth while the Englishman could only manage a disappointing 19th place on the grid.

Prema driver Ghiotto will get away from pole for the first time alongside Egor Orudzhev, the Tech 1 driver who finished top of the group B section, and the consistent Jake Dennis partners Gasly on the second row.

Ignazio D?Agosto and Nyck de Vries continue to appear frequently in the top ten this weekend and will share the third row, while Prema?s Aurelien Panis will look to score his first top ten finish of the campaign from seventh, with Oscar Tunjo starting in eighth.

On the fifth row, third place man in the standings, Esteban Ocon will hope to close the points gap to Rowland, with Fortec?s Ed Jones in tenth.

Rowland?s qualifying performance this weekend has been damaging to his title hopes with Gasly firstly converting a pole into race victory and managing a steady fourth for race two. Coming through from 19th to score points will be a tough task.