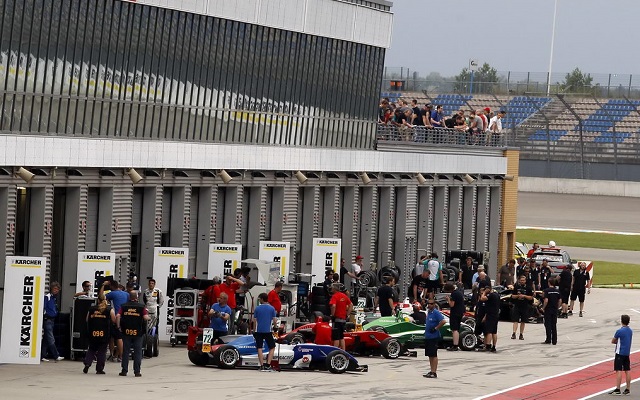 The first and second races of German F3’s round six at Lausitzring will not take place on Saturday as originally scheduled, the series has confirmed.

The two races will not fit in the shortened Saturday programme at the track as the action has seen continuous postponements throughout the morning and the afternoon due to fog, which would prevent the medical helicopter from taking off in the case of an emergency.

As the headlining Deutsche Tourenwagen Masters is yet to have the scheduled free practice and qualifying sessions, there turned out to be simply no room in the Saturday timetable for the ATS Formel 3 Cup.

The second, reverse-grid race of the weekend has been called off entirely, while the first one has been merely postponed.

As such, races one and three of the series’ Lausitz round are scheduled to take place on Sunday.

Championship leader Markus Pommer is set start both of them from pole.