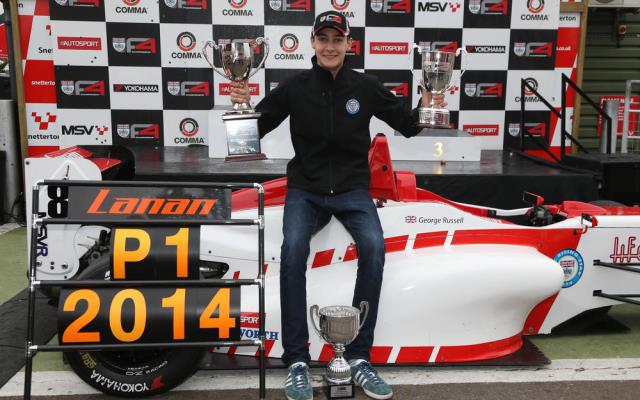 George Russell has won the prestigious McLaren Autosport BRDC Award at the 2014 Autosport Awards in London on Sunday night.

The prize is given annually to a young British single-seater racer that competed at a level below European F3, and the winner is chosen from a shortlist of six finalists that go through an assessment process including two days on track at Silverstone.

The three most recent winners prior to Russell were Oliver Rowland, Jake Dennis and Matt Parry.

Russell, 16, made his graduation to single-seaters in 2014 after a karting career that included two consecutive European KF3 titles. He focussed mainly on the BRDC F4 series, which he led after winning twice at the opening round. He lost the standings lead going into the final round, but overturned the deficit in the very last race to claim the crown.

He also contested a campaign of Formula Renault 2.0 Alps, finishing fourth in the standings, and won the final race of the Eurocup season at Jerez as a wildcard entrant.

Barnicoat had earlier beaten Russell and others to be named the British Club Driver of the Year – one of many awards voted for by the public.

For 2015, Russell had initially set his sights on a full-time move to the Eurocup, but is now also eyeing a step up to European F3 having impressed in quicker machinery in a prize GP3 test last week.