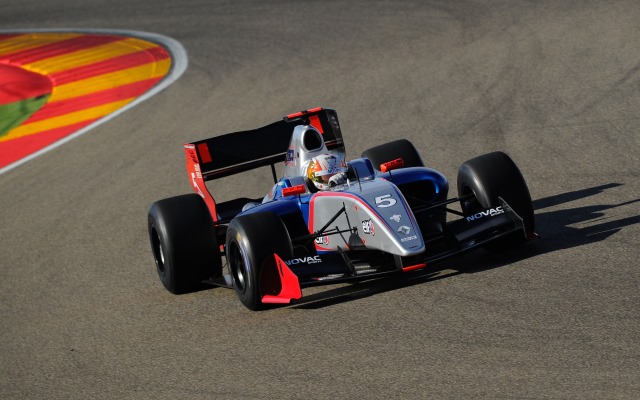 Pietro Fantin will remain with the Draco team in Formula Renault 3.5 for a second year in 2015.

The Brazilian joined the category in 2013 with Arden, finishing 21st in the standings, before moving to Draco for the following season. He scored a maiden podium in Moscow and four other points finishes, bringing him 15th overall.

Remaining with the team for post-season testing, Fantin topped the times on the opening day of running at Jerez.

“I am very happy to again have the opportunity to be in the World Series by Renault and represent International Draco Racing for another season,” said Fantin, who turned 23 last month.

“2014 was a year of many challenges and difficulties but we achieved a podium and developed a lot, so to continue with the team increases our ambitions for next year.

“Since the first practice with Draco, even in 2013, I had a great relationship with everyone, so I believe that staying with the team will further strengthen our work so that we have a successful 2015. That’s why we have started working hard now to best prepare our car for a year that will be crucial to my career.”

The Italian-based, Brazilian-owned Draco squad has been testing Fantin’s compatriot and FR2.0 frontrunner Bruno Bonifacio in the other car since the 2014 season ended.

Fantin joins Oliver Rowland (Fortec) and Oscar Tunjo (Pons) as 2014 FR3.5 racers confirmed as sticking with their teams for next year.