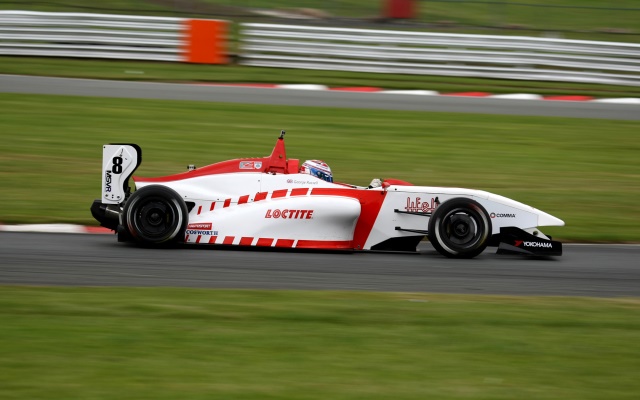 BRDC F4 Championship leader George Russell was dominant in qualifying for round four of the season at Oulton Park, claiming pole position by 0.411 seconds.

Russell set a best time of 1m38.117s, but managed four laps in total that were quicker than his nearest rival and second quickest Raoul Hyman.

Hyman edged out HHC Motorsport team-mate and double Snetterton winner Will Palmer by 33 thousandths of a second.